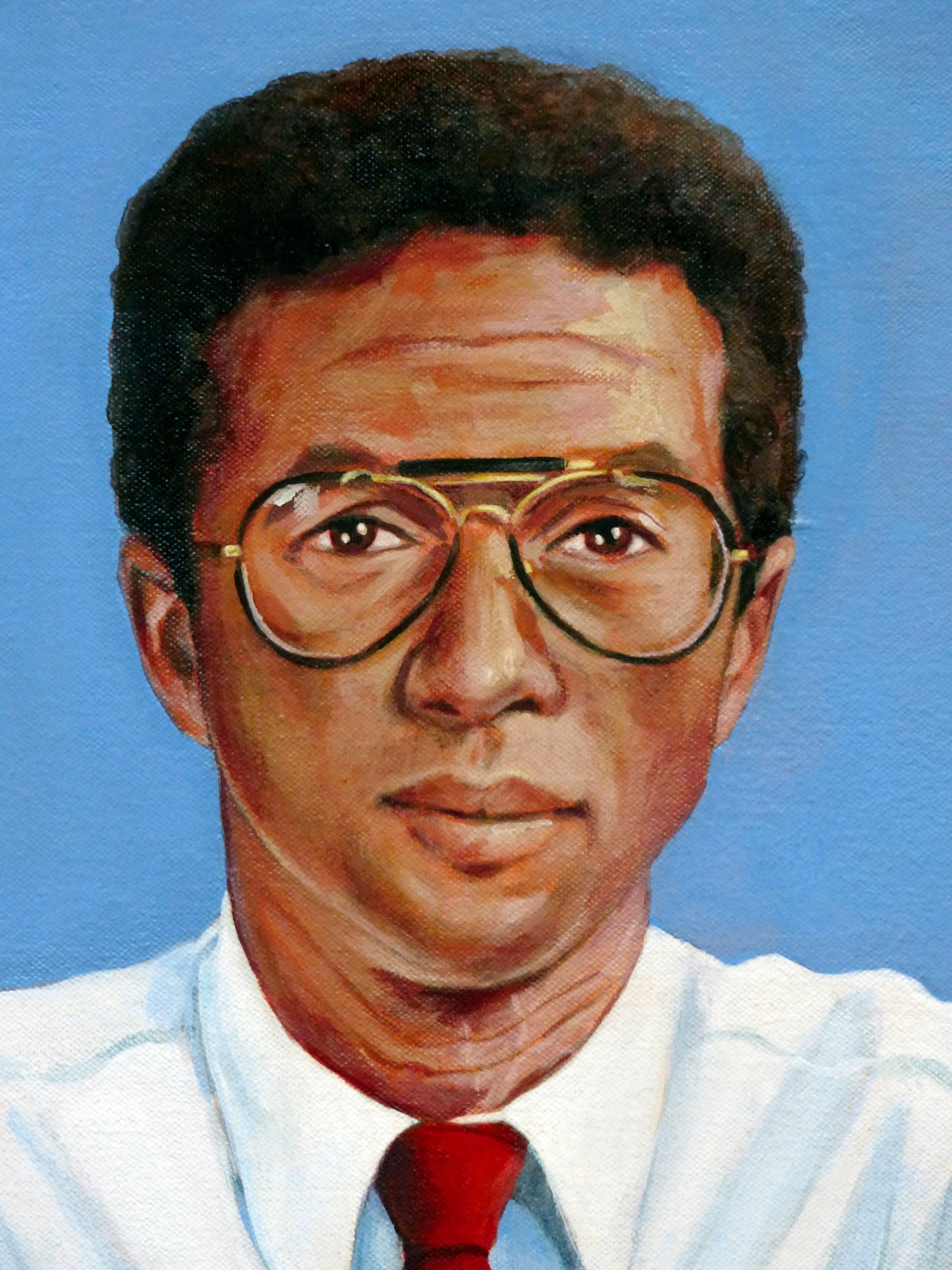 “Armed with superb natural talent, a keen competitive spirit, and poise that set him apart from his rivals, Arthur Ashe made his way from the segregated playground courts of his youth to the pinnacle of the tennis world. Rated among the world's top ten players while still in college, Ashe reached the number-one ranking in spectacular fashion in 1968. After capturing the U.S. amateur title, he served an astonishing twenty-six aces in the final to become the first African American man to claim the U.S. Open championship. Ashe went on to record multiple tournament victories, including his memorable triumph over Jimmy Connors at Wimbledon in 1975. Following a heart attack that forced his retirement in 1980, Ashe dedicated his energies to humanitarian causes. He became a leader in the fight against AIDS in 1992, after revealing that he had contracted the virus through a transfusion.” — National Portrait Gallery
Submitted: September 19, 2017, by Allen C. Browne of Silver Spring, Maryland.
Database Locator Identification Number: p399191
File Size: 2.328 Megabytes