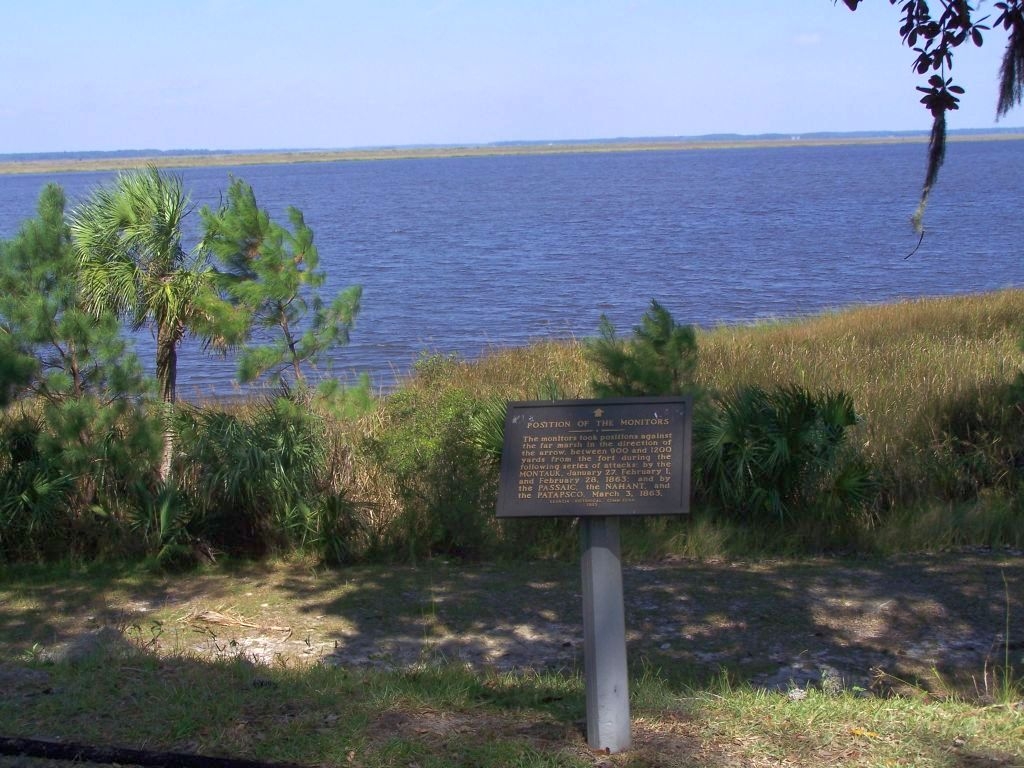 Photographer: Mike Stroud
Taken: 2008
Caption: Position of the Monitors on the Ogeechee River
Additional Description: During the bombardment, the U.S.S. Montauk steamed within 150 yards of the river pilings in front of Fort McAllister, its belching cannon plowing gaping holes in the fort’s defenses. During the attack, Fort McAllister would be reportedly struck by over 450 cannon balls, each being absorbed by the fort’s earth and sod embankments. Confederate gunners found their mark on the iron hull of the U.S.S. Montauk 15 times during the battle, but the ships armor deflected the rounds without significant damage or casualties. At the same time, the hardened defenders of Fort McAllister also reported no casualties or significant damage as a result of feverish Union shelling. At the end of the engagement, he U.S.S. Montauk and the remaining Federal Fleet steamed away, vowing to return.
Submitted: October 21, 2008, by Mike Stroud of Bluffton, South Carolina.
Database Locator Identification Number: p40352
File Size: 0.164 Megabytes