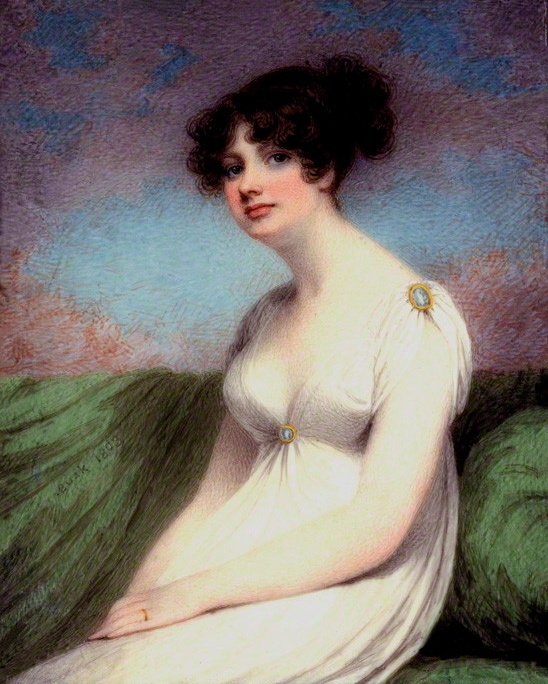 Photographer: Adam Buck (via Wikipedia)
Taken: 1803
Caption: Mary Anne Clarke (née Thompson)
Additional Description: "Mary Anne Clarke (born Mary Anne Thompson; 3 April 1776 – 21 June 1852) was the mistress of Prince Frederick, Duke of York and Albany. Their relationship began in 1803, while he was Commander-in-Chief of the army. Later in 1809, she wrote her memoirs which were published. She was the subject of a portrait by Adam Buck, and a caricature by Isaac Cruikshank; ten days after the latter's publication, the Duke resigned from his post as Commander of the British Army....Through her daughter who married Louis-Mathurin Busson du Maurier, Clarke was an ancestress of author Daphne du Maurier, who wrote the novel Mary Anne about her life." - Wikipedia
Submitted: April 16, 2018, by Andrew Ruppenstein of Sacramento, California.
Database Locator Identification Number: p423750
File Size: 0.179 Megabytes