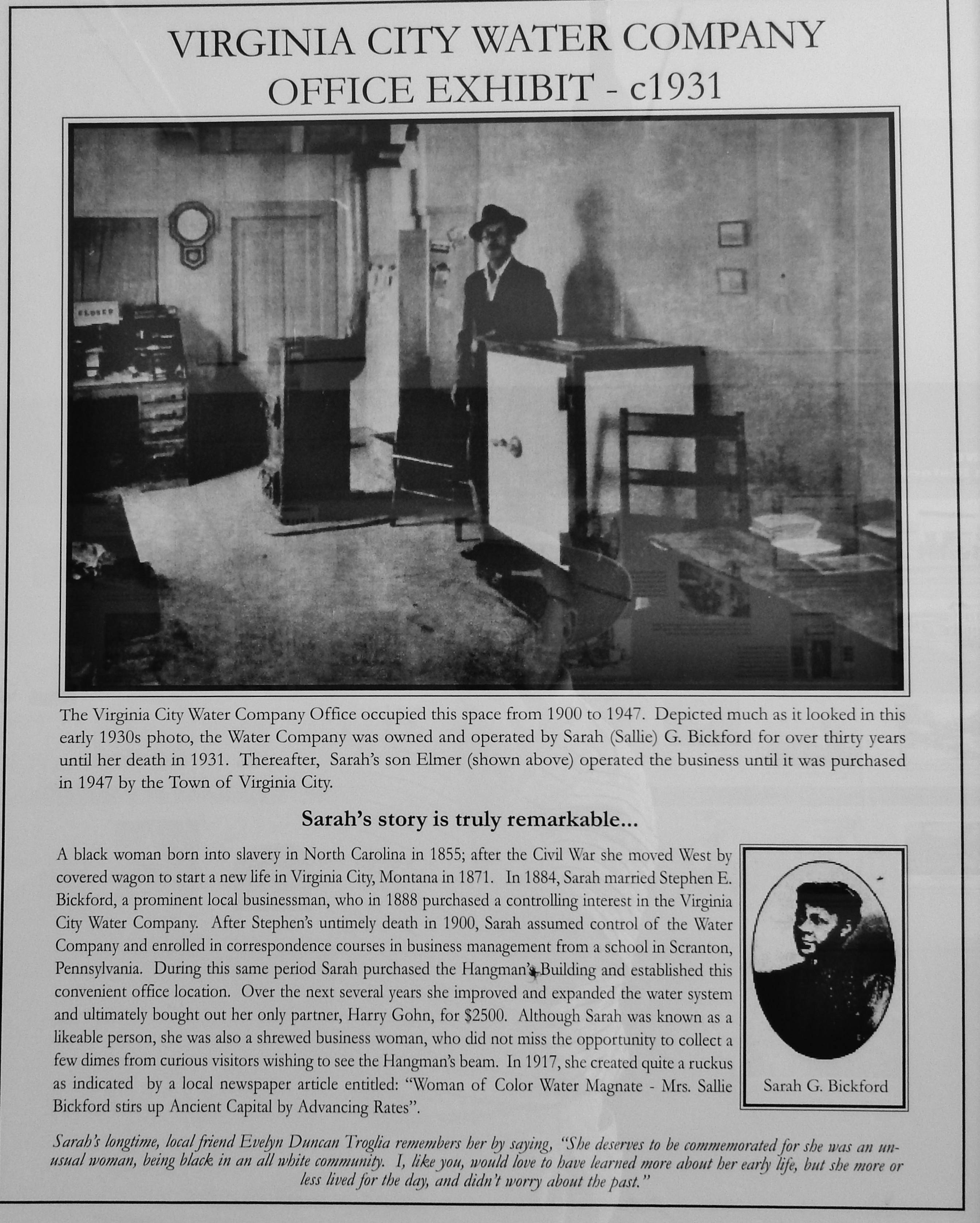 A black woman born into slavery in North Carolina in 1855; after the Civil War she moved West by covered wagon to start a new life in Virginia City, Montana in 1871. In 1884, Sarah married Stephen E. Bickford, a prominent local businessman, who in 1888 purchased a controlling interest in the Virginia City Water Company. After Stephen's untimely death in 1900, Sarah assumed control of the Water Company and enrolled in correspondence courses in business management from a school in Scranton, Pennsylvania. During this same period Sarah purchased the Hangman's Building and established this convenient office location. Over the next several years she improved and expanded the water system and ultimately bought out her only partner, Harry Gohn, for $2500. Although Sarah was known as a likeable person, she was also a shrewd business woman, who did not miss the opportunity to collect a few dimes from curious visitors wishing to see the Hangman's beam. In 1917, she created quite a ruckus as indicated by a local newspaper article entitled: "Woman of Color Water Magnate - Mrs. Sallie Bickford stirs up Ancient Capital by Advancing Rates".
Sarah's longtime, local friend Evelyn Duncan Troglia remembers her by saying, "She deserves to be commemorated for she was an unusual woman, being black in an all white community. I, like you, would love to have learned more about her early life, but she more or less lived for the day, and didn't worry about the past."
Submitted: May 3, 2018, by Cosmos Mariner of Cape Canaveral, Florida.
Database Locator Identification Number: p425402
File Size: 2.835 Megabytes