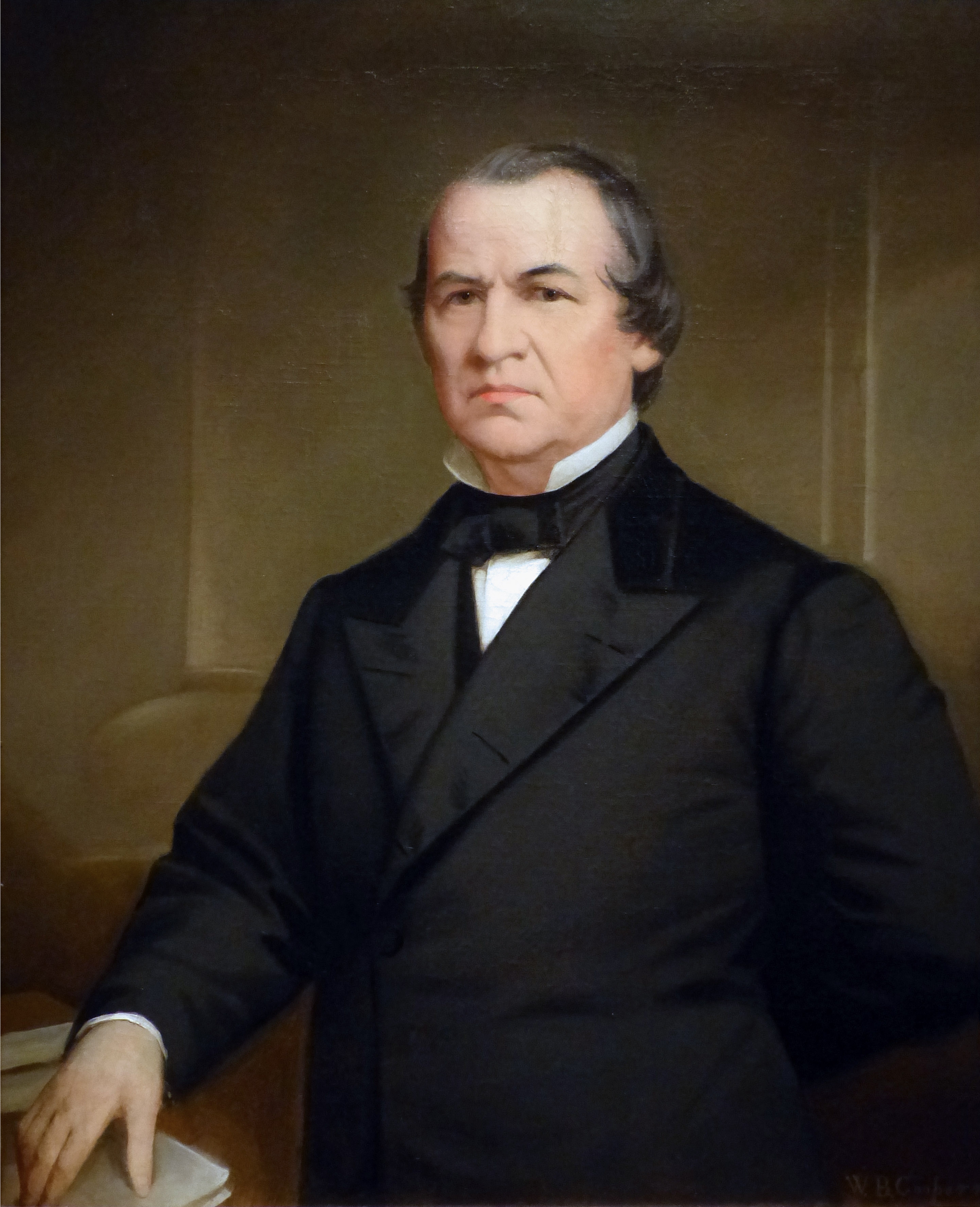 “A onetime tailor whose wife had taught him to read, Andrew Johnson had a gift for public speaking that launched him on a successful political career leading to a Senate seat in 1856. In 1864, Abraham Lincoln, in a gesture of unity, chose Johnson — a southern Democrat from Tennessee but a staunch defender of the Union — as his running mate. When Johnson succeeded to the presidency after Lincoln's assassination in April 1865, it became clear that his view of Reconstruction, which would return power to the white southern planters and allow returning southern states to deprive freed slaves of their rights, clashed not only with Lincoln's views but with the Republican majority in Congress. The resultant clash led to his impeachment, from which he survived conviction by only one vote.

Washington B. Cooper was a leading Tennessee portraitist, and Johnson sat for him on several occasions. Although this likeness is undated, Johnson's apparent age in the picture suggests that it was painted during his presidency.” — National Portrait Gallery
Submitted: June 28, 2018, by Allen C. Browne of Silver Spring, Maryland.
Database Locator Identification Number: p432784
File Size: 1.101 Megabytes