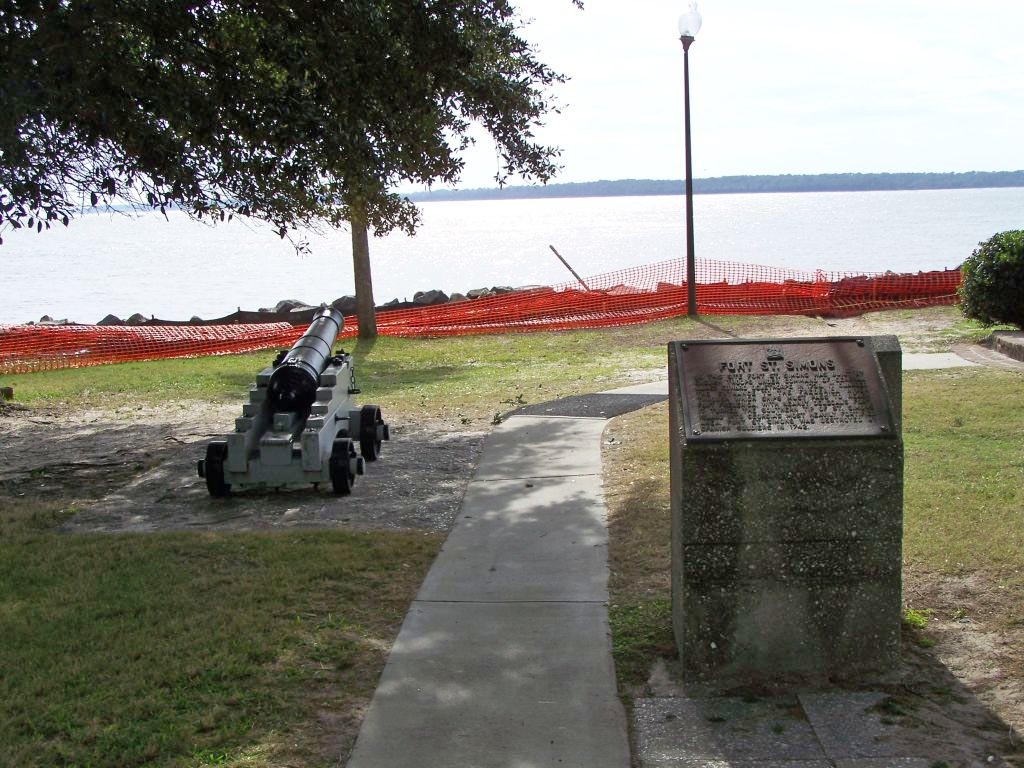 Photographer: Mike Stroud
Taken: 2008
Caption: Fort St. Simons Marker, southern tip waterfront
Additional Description: Fort St. Simons was the first structure to occupy this land, ( St Simons Island), although an earlier fort (Delegal's) existed in the area. Fort St. Simons was built to watch for Spanish invaders, and was captured by the Spanish in 1742. It was from this site that the Spanish began to probe St. Simons Island looking for a rumored second fort built by Oglethorpe (Ft. Frederica). Troops searching for Frederica initiated the Battle of Bloody Marsh, fought on the island during the War of Jenkins Ear.
Submitted: November 13, 2008, by Mike Stroud of Bluffton, South Carolina.
Database Locator Identification Number: p43422
File Size: 0.198 Megabytes