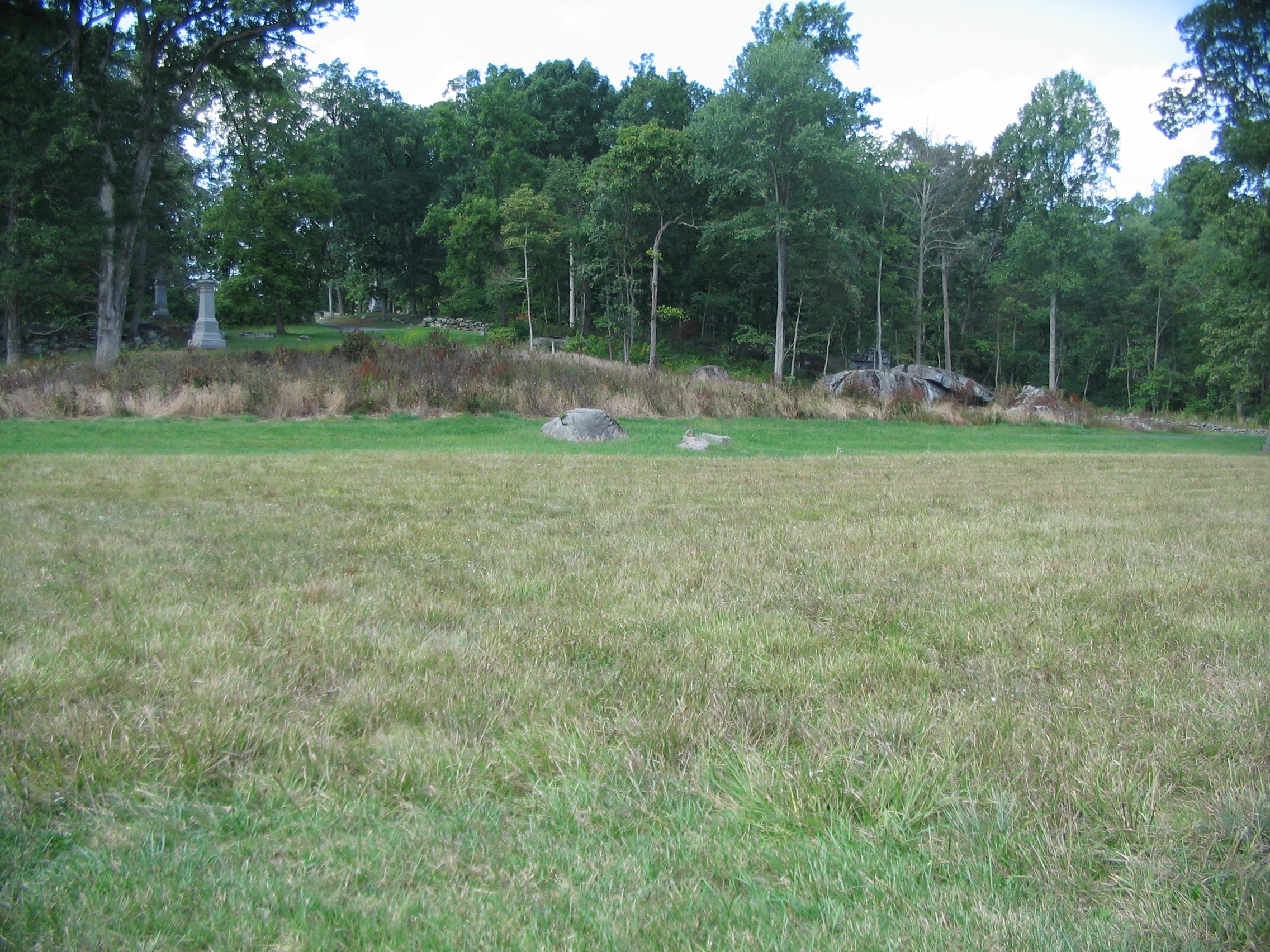 Photographer: Craig Swain
Taken: September 17, 2008
Caption: Target of the 27th Infantry Assault
Additional Description: Looking northwest from the marker location at the lower crest of Culp's Hill. Elements of Steuart's Confederate Brigade occupied earthworks along the high ground. The earthworks had been built by Federal forces earlier starting in the evening of July 1. When those Federal forces (some of which included Colgrove's Brigade and the 27th Indiana) were sent to the Federal left in the afternoon of July 2, Steuart's Brigade found these positions unoccupied. The Federals would fight to retake them.
Submitted: November 15, 2008, by Craig Swain of Leesburg, Virginia.
Database Locator Identification Number: p43601
File Size: 1.571 Megabytes