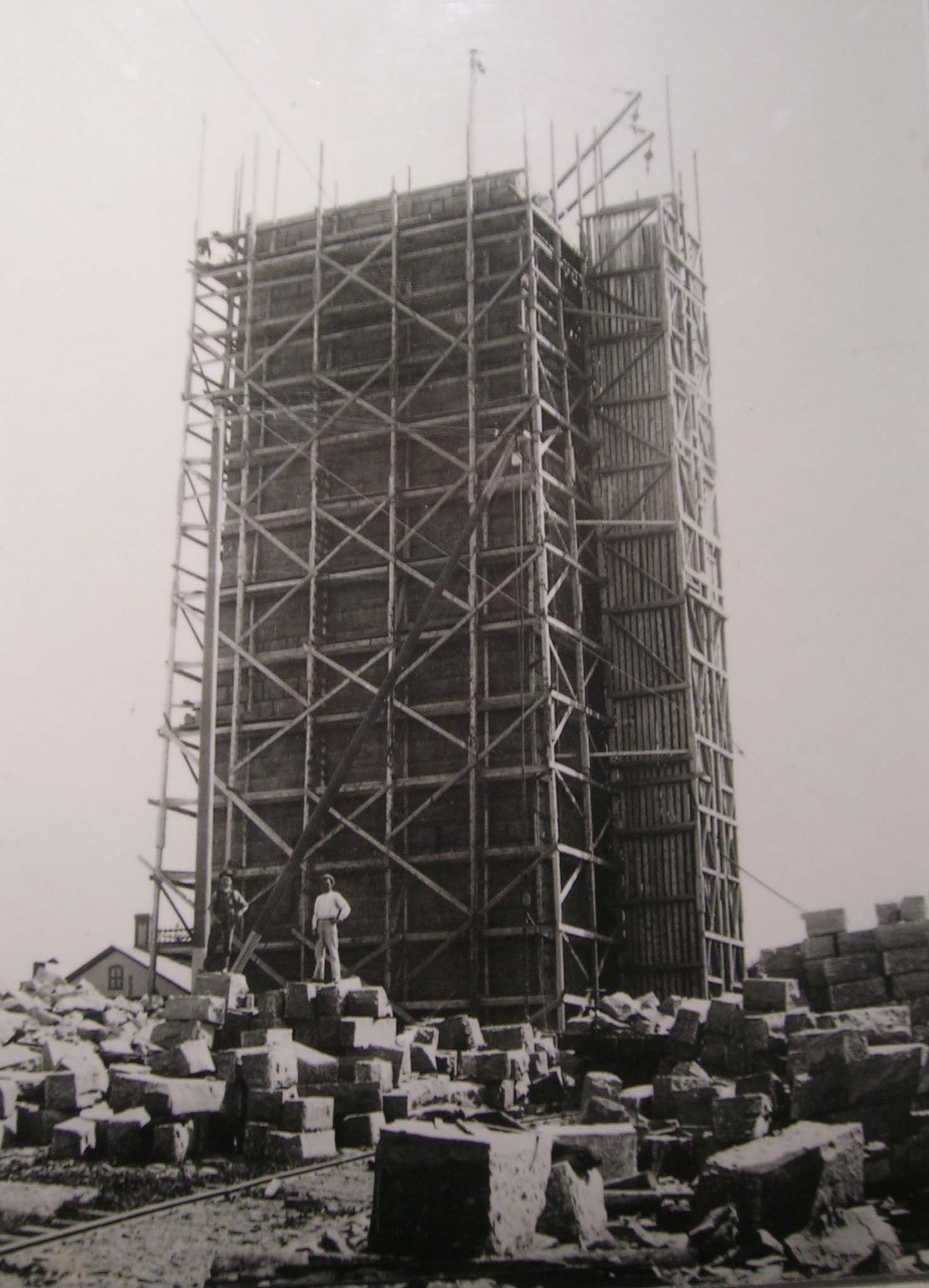 Photographer: Howard C. Ohlhous
Taken: October 25, 2008
Caption: Bennington Battle Monument Under Construction
Additional Description: This is the monument under construction. During construction the blocks of dolomite stone are laid in a pattern know as headers and stretchers. The stones are cut at the site into long, thick blocks; the stretchers are laid lengthwise and the headers are laid with the ends to the outer wall running through to the inside of the structure. The joints are filled with coarse sand and Portland cement. The corner stone (thought to be the southeast corner) is seven feet long, more than two feet thick and is estimated to weigh five tons. On August 16, 1887 the Grand Lodge of Vermont Free and Accepted Masons lay the cornerstone which contains a time capsule filled with memorabilia. The image is also on display in the small gallery inside at the base of the monument.
Submitted: November 15, 2008, by Howard C. Ohlhous of Duanesburg, New York.
Database Locator Identification Number: p43695
File Size: 0.197 Megabytes