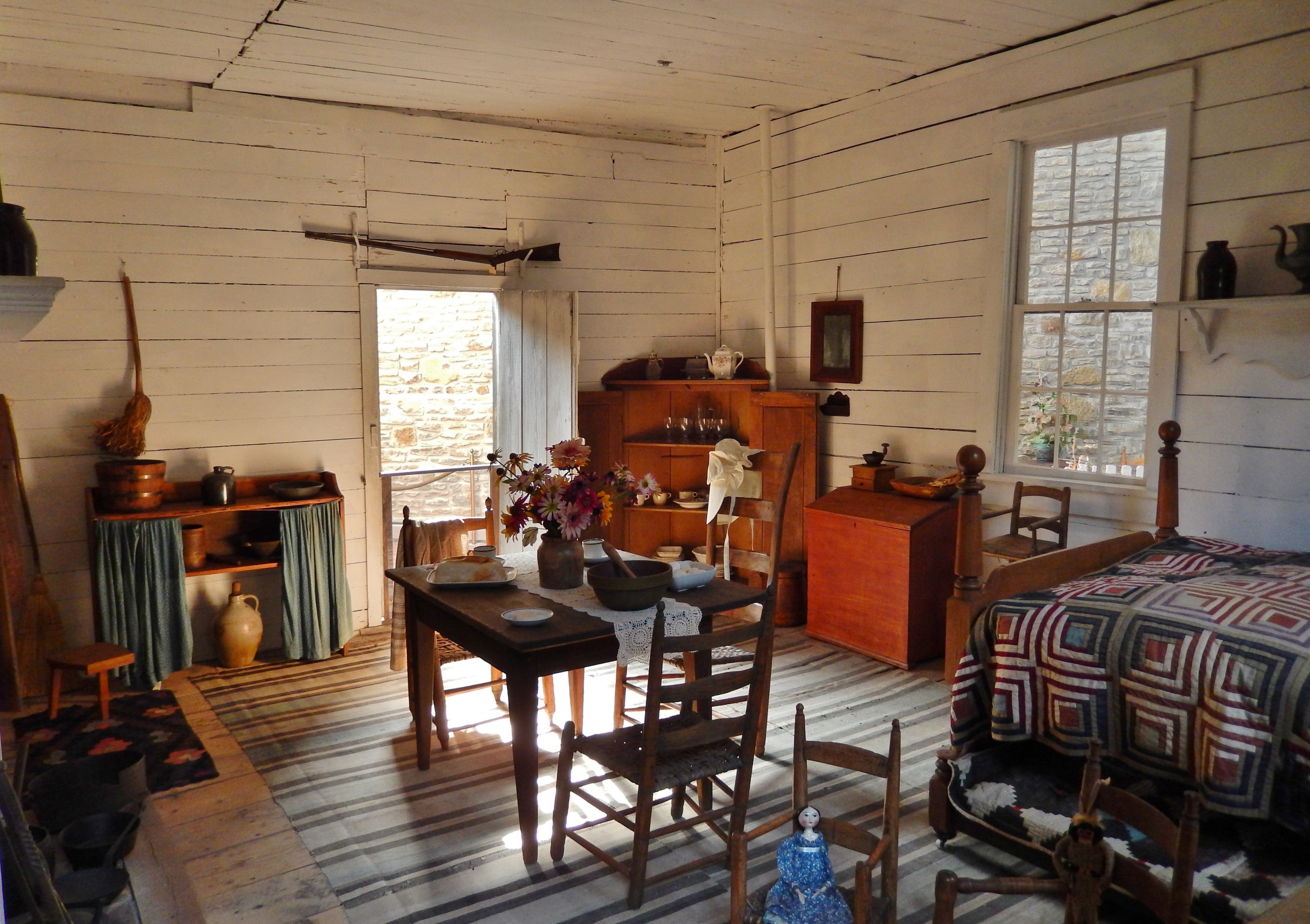 Photographer: Cosmos Mariner
Taken: September 14, 2015
Caption: Mark Twain Birthplace Cabin Interior (Located inside the Mark Twain Memorial Shrine)
Additional Description: "The baby, a boy, was born on the last day of November, in this year of 1835, a seven-months child who seemed too frail to face the world. His clothes were not assembled. His cradle was not ready. Nothing agreed with him, nothing pleased him. He was a fury of a baby with red hair and wrinkled skin, and he seemed to be filling the little clapboard house and pushing them out of it. John Clemens was in no way drawn to him, but when called upon to furnish a name he dipped into early memories and bestowed generously: Samuel, for his father; Langhorne, for [a] distant relative who had befriended him in his youth in Virginia. `I'll try to raise him,' Jane said fervently, 'and it may be I can.' But there was a determination about this one that seemed to defy the hardships of the winter ahead in a drafty cottage full of children. 'Let's not stop up all the cracks,' Jane implored. 'We'll keep him warm, but let him breathe like people.' And so she brought him through that winter to the wonder of all."
Jane Clemens, the Story of Mark Twain's Mother by Rachel M. Varhle
Submitted: September 22, 2018, by Cosmos Mariner of Cape Canaveral, Florida.
Database Locator Identification Number: p446283
File Size: 4.662 Megabytes