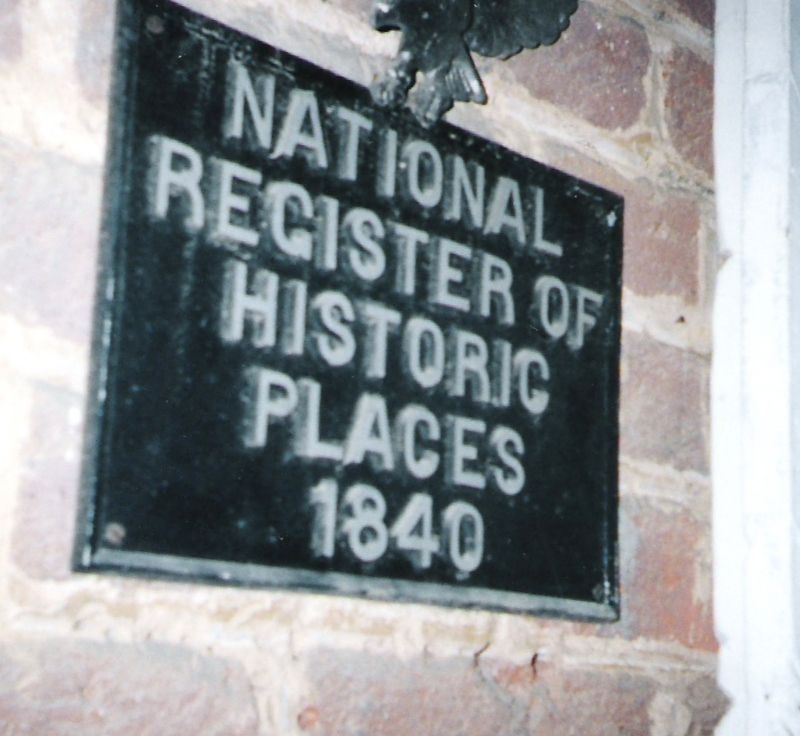 Photographer: Eddie Hightower
Taken: Circa 2004
Caption: National Listing of Historic Places Marker of Cavender General Store
Additional Description: Near the front entrance of the Cavender General Store of Villanow, Walker County, Georgia, can be seen the metallic commemorative marker, which proclaims the historic nature of this two story brick building which for a short time during the War Between the States, was a stop-over for the Union Cavalry Soldiers, who rode their mounts through the aisles of this historic country store.
Note the date on this commemorative marker is now in question. Mr. Cavender is cited as the builder but, according to his gravestone and the article linked above, he wasn't born until 1845.
Submitted: December 1, 2008, by Eddie Hightower of Branchville, South Carolina.
Database Locator Identification Number: p45403
File Size: 0.283 Megabytes