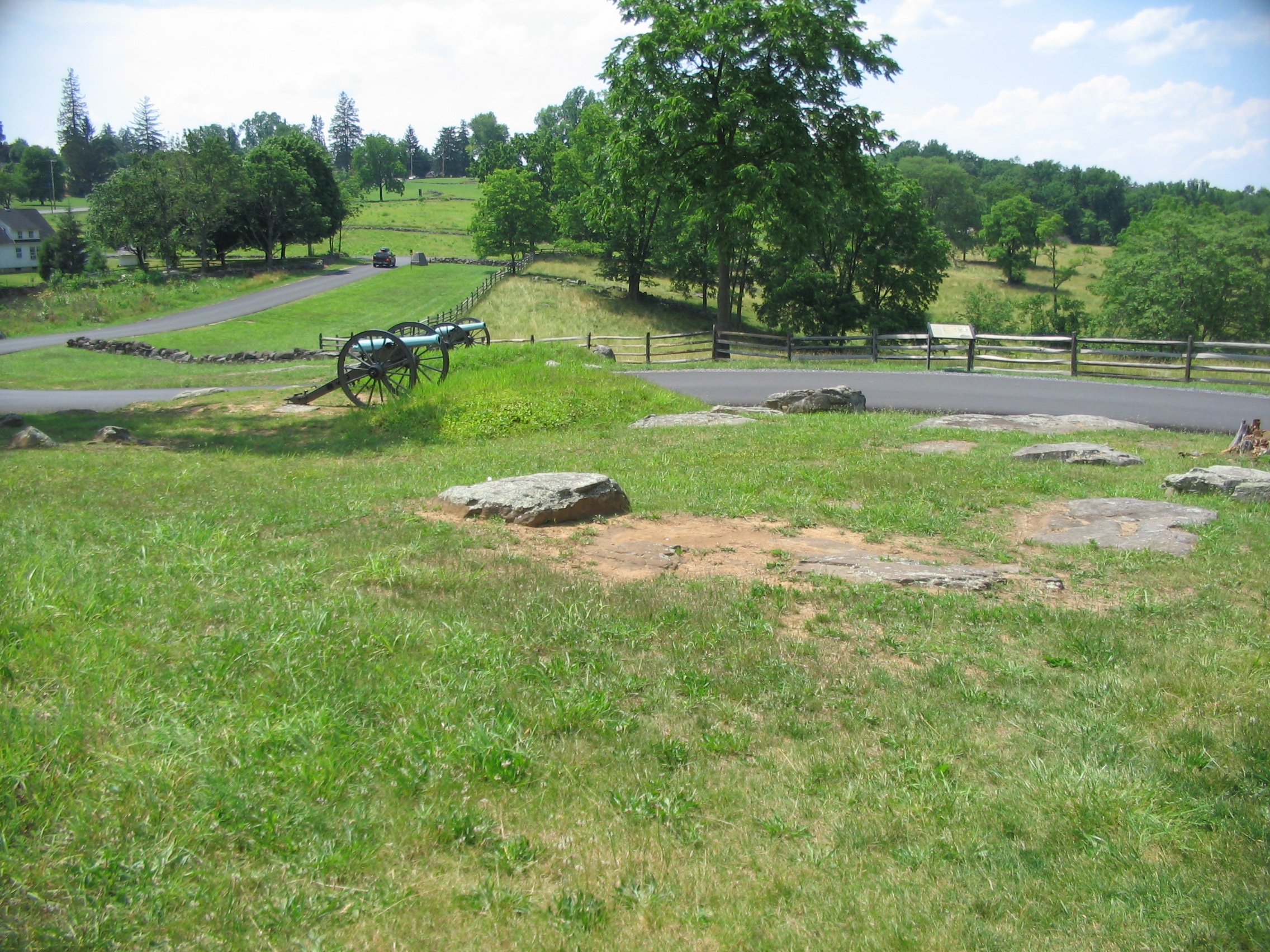 Photographer: Craig Swain
Taken: June 22, 2008
Caption: Stevens' Battery Position
Additional Description: The battery was located on this spur during much of July 2 and 3. From here, Stevens' Battery was active against Confederate artillery positioned on Benner Hill, as well as firing on the Confederate infantry in the attack on East Cemetery Hill. Hoke's and Hays' Brigades advanced from the low ground to the right in this photo. They turned away from Stevens' Knoll toward East Cemetery Hill in the background. This allowed Stevens' guns to fire into their flanks.