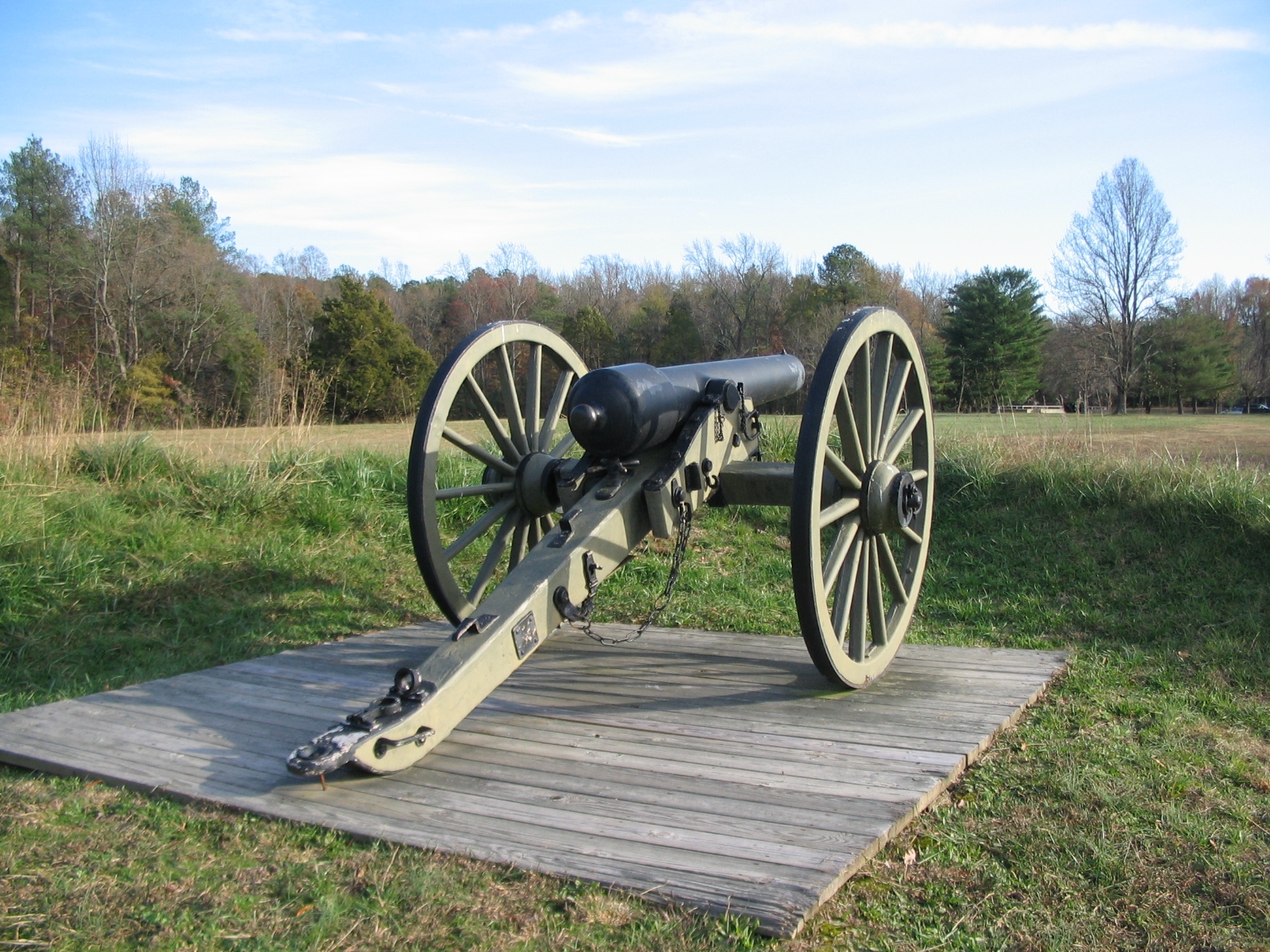 Photographer: Craig Swain
Taken: November 22, 2008
Caption: Confederate 12-pounder Iron Napoleon
Additional Description: A Confederate gun looks out of Battery 5 toward Battery 6. This 12-pounder light field gun was produced by Tredegar Foundry, Richmond, Virginia. It was issued and used like the more familiar bronze Napoleons, but required a breech band, giving it a similar appearance to Parrott Rifles. Roughly 125 of these were produced in the later half of the war. Less than ten survive today.
Submitted: December 22, 2008, by Craig Swain of Leesburg, Virginia.
Database Locator Identification Number: p47464
File Size: 1.149 Megabytes