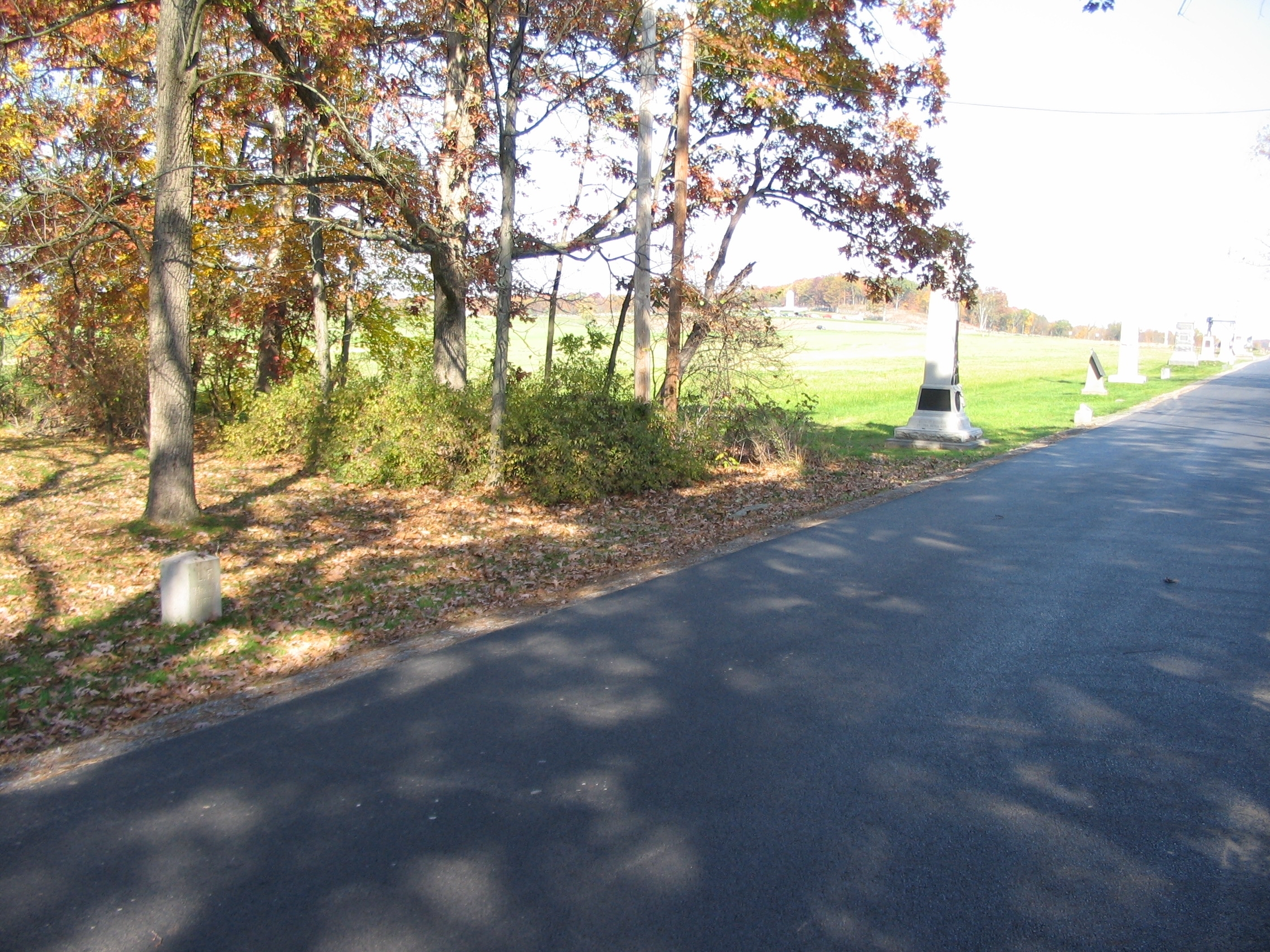 Photographer: Craig Swain
Taken: November 1, 2008
Caption: 94th New York Infantry Line
Additional Description: The flank markers for the 94th New York stand along Doubleday Avenue. The left flank marker is in the foreground to the left of this photo. The right flank marker stone is just to the right of the monument. As with the rest of Paul's Brigade, the 94th marched up from Gettysburg to Seminary Ridge in the early afternoon. The Brigade later deployed on line east of Oak Ridge, then dressed to the right of Cutler's Brigade on the ridge line. The Regiment held a position near this point through much of the afternoon, until flanked by the attacks of Rodes' Division.
Submitted: January 18, 2009, by Craig Swain of Leesburg, Virginia.
Database Locator Identification Number: p50363
File Size: 1.521 Megabytes