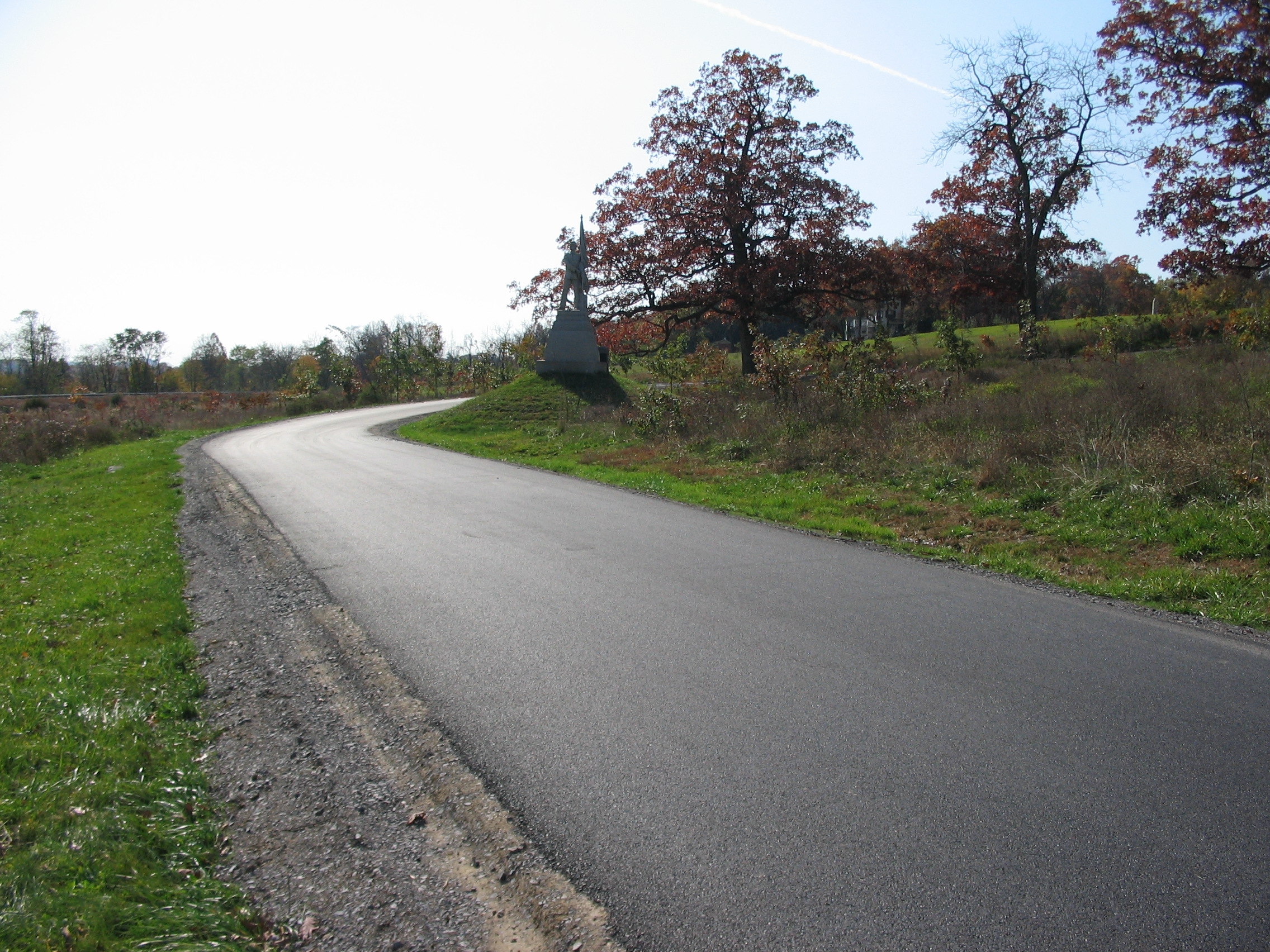 Photographer: Craig Swain
Taken: November 1, 2008
Caption: 13th Massachusetts on a Refuse Line
Additional Description: Looking on Robinson Avenue to the south at the monument. When Paul's Brigade first came on line, the 104th New York and 13th Massachusetts were placed on an extended "refuse" on the east side of Oak Ridge. The 13th was the right most unit of the line at that point, and linked in with the Eleventh Corps, which was then moving up from Gettysburg. The skirmish line of the 45th New York, of Schimmelfenning's Brigade from the Eleventh Corps based their left flank on the Mummasburg Road (behind the camera). A nearby position marker for the 45th New York indicates that unit's position.
Submitted: January 19, 2009, by Craig Swain of Leesburg, Virginia.
Database Locator Identification Number: p50505
File Size: 1.426 Megabytes