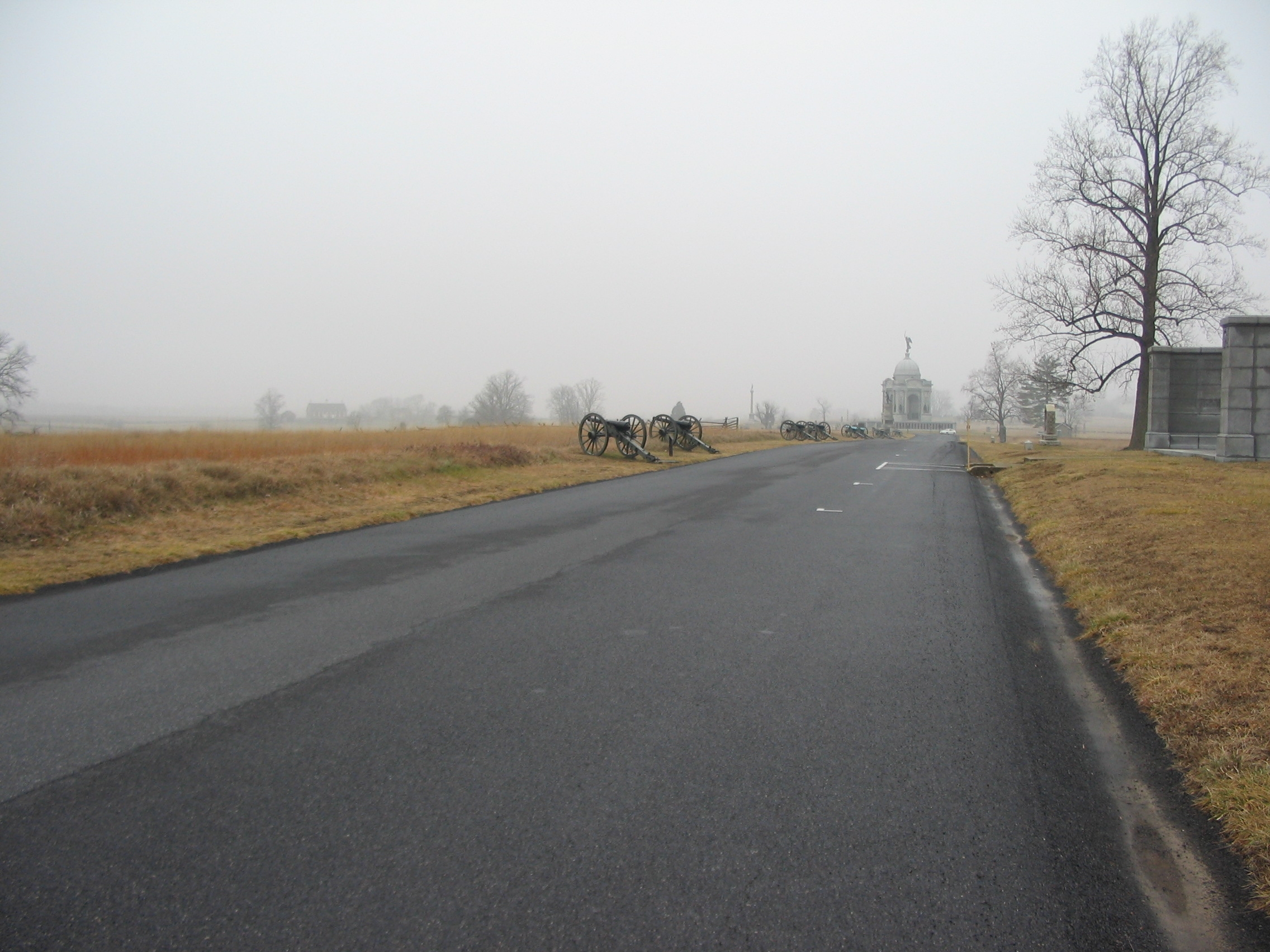 Photographer: Craig Swain
Taken: December 27, 2008
Caption: Center and Right Side of McGilvery's Line
Additional Description: To the right side of McGilvery's line were batteries from his own command. Thompson's, Philips' and Hart's Batteries deployed just south of where the Pennsylvania Memorial stands. During the Confederate bombardment in the afternoon of July 3, Second Corps commander General Winfield Hancock demanded that McGilvery open fire on the Confederates. McGilvery was under contrary orders from his commander, General Henry Hunt, to keep silent until the Confederate infantry advanced. The Hancock and McGilvery entered a rather heated and profane argument over the orders. Eventually McGilvery fired some of his guns, but ceased firing when Hancock left the sector for the Copse of Trees.
Submitted: February 3, 2009, by Craig Swain of Leesburg, Virginia.
Database Locator Identification Number: p52072
File Size: 0.820 Megabytes