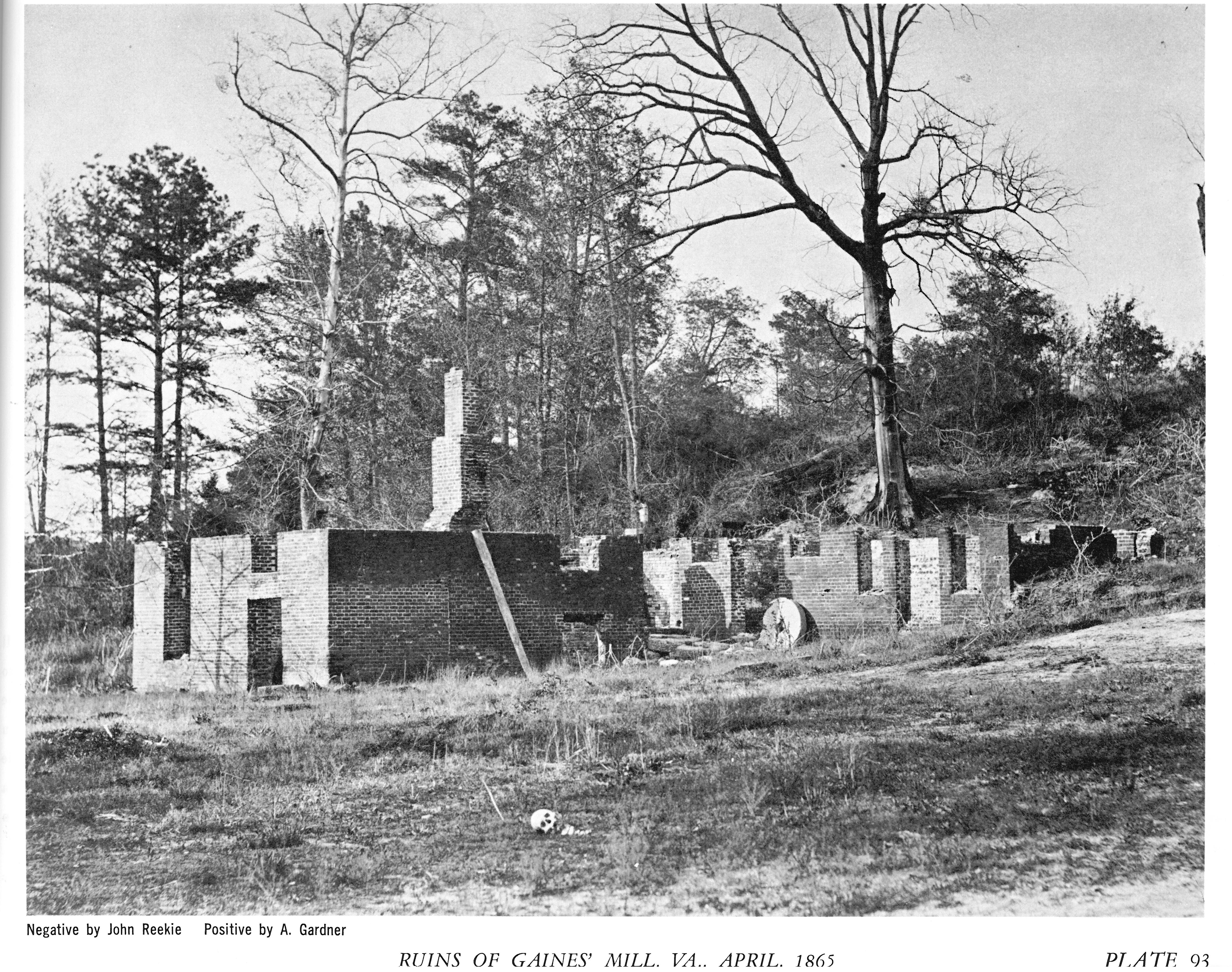 Photographer: Alexander Gardner
Taken: April 1865
Caption: Ruins of Gaines' Mill, VA., April, 1865 (Plate 93)
Additional Description: In 1866, Alexander Gardner, a photographer who had been in Matthew Brady's employ, published his Photographic Sketchbook of the War, the first published collection of Civil War photographs, of which this plate was one. Gardner's accompanying text describes the ruins of the mill thusly, “… it was the scene of severe fighting, and at the close of that bloody day, the building was used as a hospital. All of the structure that would burn, was destroyed in one of the raids around Richmond, leaving only the brick superstructure, above which, scorched by fire, the dead trees spread their blackened branches. In front, the partially exposed skeleton illustrates the hasty manner of the soldier’s burial, it being by no means uncommon for the rains to wash away the shallow covering….The owner of the mill did not have a creditable reputation in the army. Returned prisoners, captured at his house, state that when our troops left the neighborhood, he turned out the sick and wounded from his barns and outbuildings, and held high carnival, with his friends of the rebel army, digging up his buried wine for their delectation. If this is true, he suffered no more than his deserts, in the destruction of his property…."
Submitted: February 13, 2009.
Database Locator Identification Number: p52958
File Size: 5.584 Megabytes