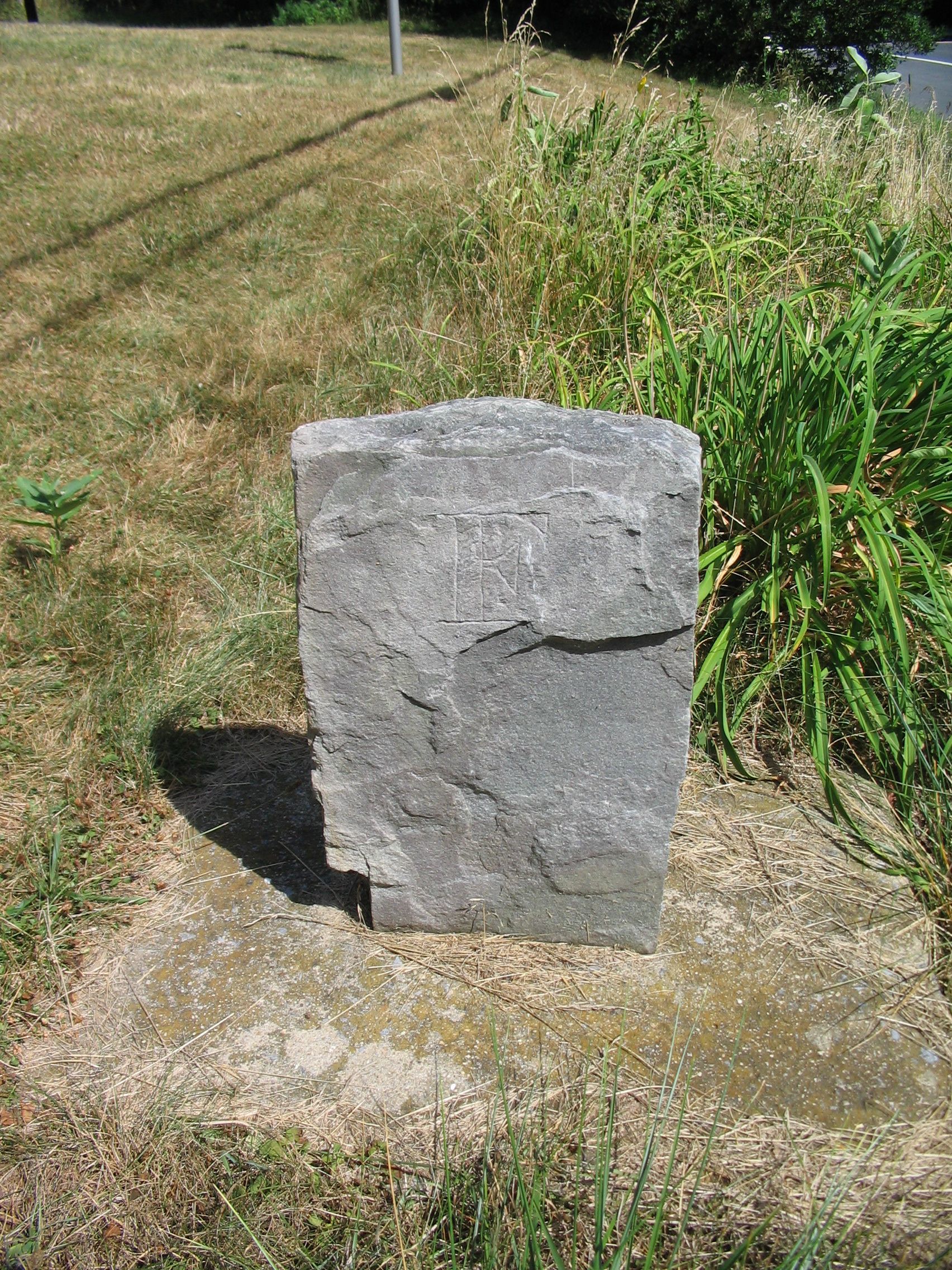 Photographer: Craig Swain
Taken: July 21, 2007
Caption: Boundry Stone near the Marker?
Additional Description: 19th century marker, probably slate, of unknown origin. It may have been used to indicate the boundary between Frederick and Washington Counties, as it is placed such that travelers heading east would see the "F", indicating that they were entering Frederick County.
Thanks to Christopher Busta-Peck for the investigative work.
Submitted: July 29, 2007, by Craig Swain of Leesburg, Virginia.
Database Locator Identification Number: p5364
File Size: 2.067 Megabytes