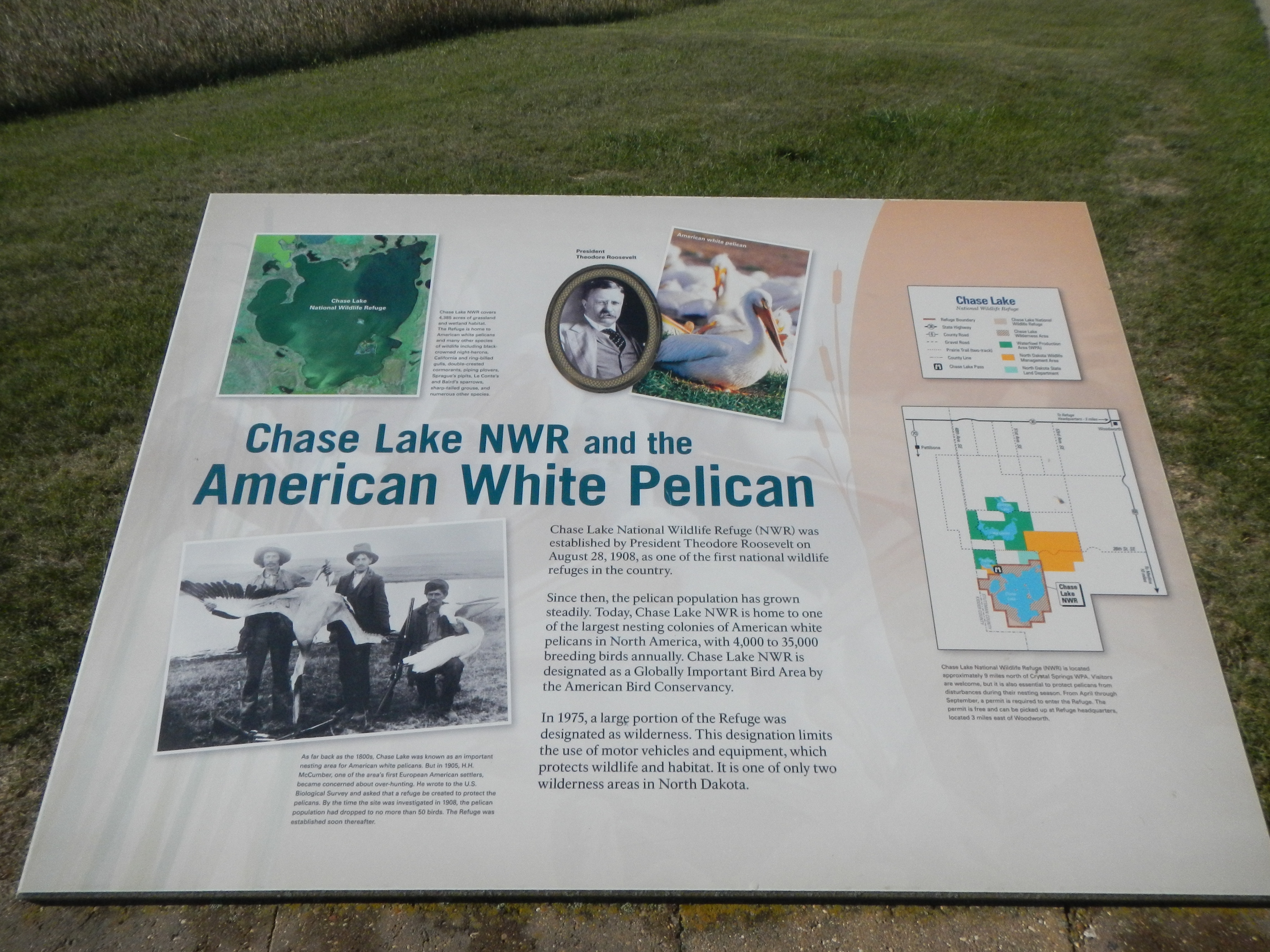 Photographer: Barry Swackhamer
Taken: September 9, 2020
Caption: Chase Lake NWR and the American White Pelican Marker
Additional Description: Captions: (top left) President Theodore Roosevelt; American white pelican; Chase Lake NWR covers 4,385 acres of grassland and wetland habitat. The Refuge is home to American white pelicans and many other species of wildlife including black-crowned night-herons, California and ring-billed gulls, double-crested cormorants, piping plovers, Sprague'pipits, Le Conte's and Baird's sparrows, sharp-tailed grouse, and numerous other species.; (bottom left) As far back as the 1800s, Chase Lake was known as an important nesting area for American white pelicans. But in 1905, H.H. McCumber one of the area's first European American settlers, became concerned about over-hunting. He wrote to the U.S. Biological Survey and asked that a refuge be created to protect the pelicans. By the time the site was investigated in 1908, the pelican population had dropped to no more than 50 birds. The Refuge was established soon thereafter.; (right) Chase Lake National Wildlife Refuge (NWR) is located approximately 9 miles north of Crystal Springs WPA. Visitors are welcome, but it is also essential to protect pelicans from disturbances during their nesting season. From April through September, a permit is required to enter the Refuge. The permit is free and can be picked up at Refuge headquarters, located 5 miles east of Woodworth.
Submitted: December 20, 2020, by Barry Swackhamer of Brentwood, California.
Database Locator Identification Number: p558274
File Size: 3.499 Megabytes