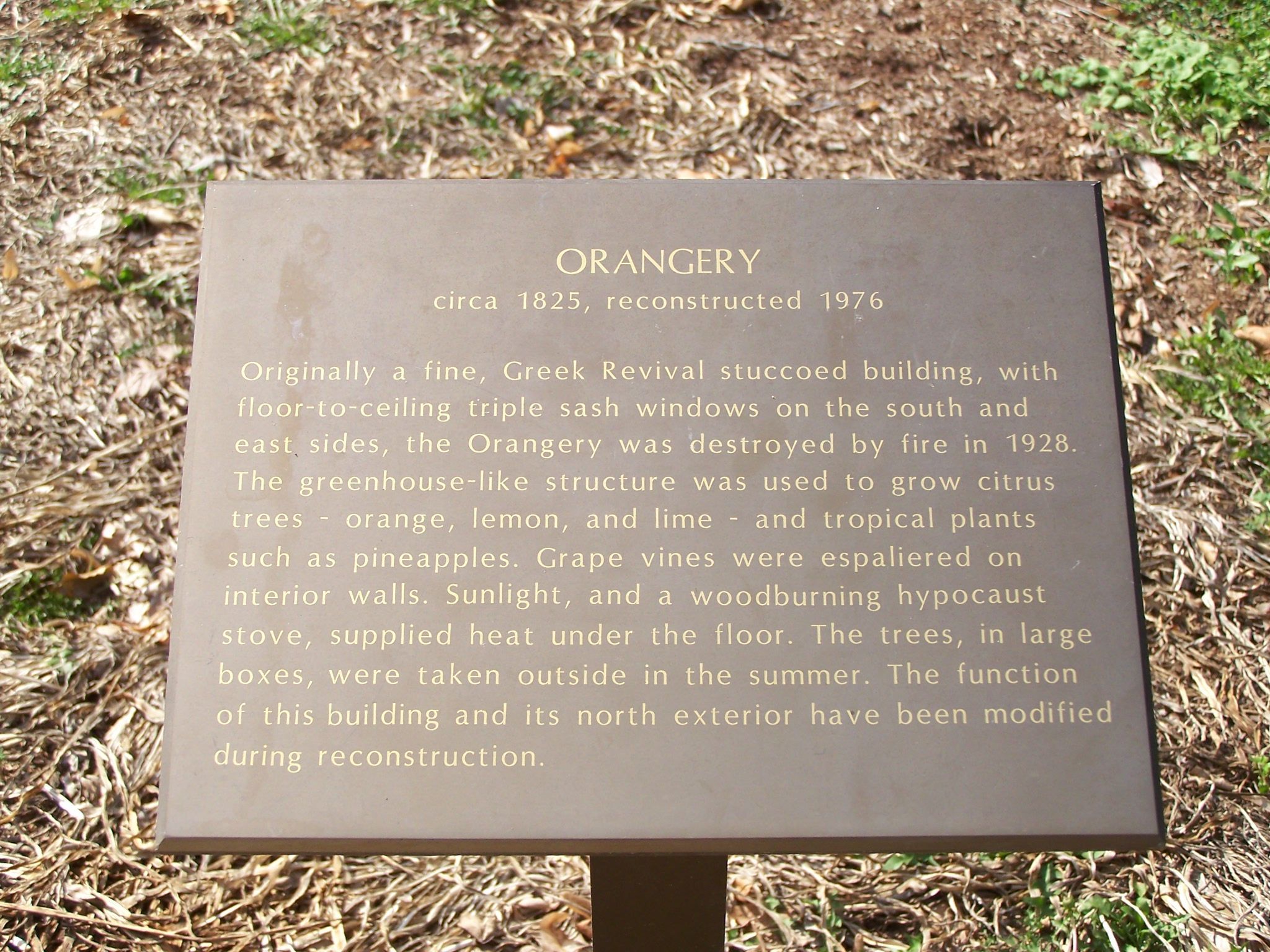 Photographer: Beverly Pfingsten
Taken: August 12, 2007
Caption: Orangery Interpretive Marker
Additional Description: Orangery circa 1825, reconstructed 1976. Originally a fine, Greek Revival stuccoed building, with floor-to-ceiling triple sash windows on the south and east sides, the Orangery was destroyed by fire in 1928. The greenhouse-like structure was used to grow citrus trees—orange lemon, and lime—and tropical plants such as pineapples. Grape vines were espaliered on interior walls. Sunlight, and a woodburning hypocaust stove, supplied heat under the floor. The trees, in large boxes, were taken outside in the summer. The function of this building and its north exterior have been modified during reconstruction.
Submitted: August 13, 2007, by Bill Pfingsten of Bel Air, Maryland.
Database Locator Identification Number: p5861
File Size: 0.965 Megabytes