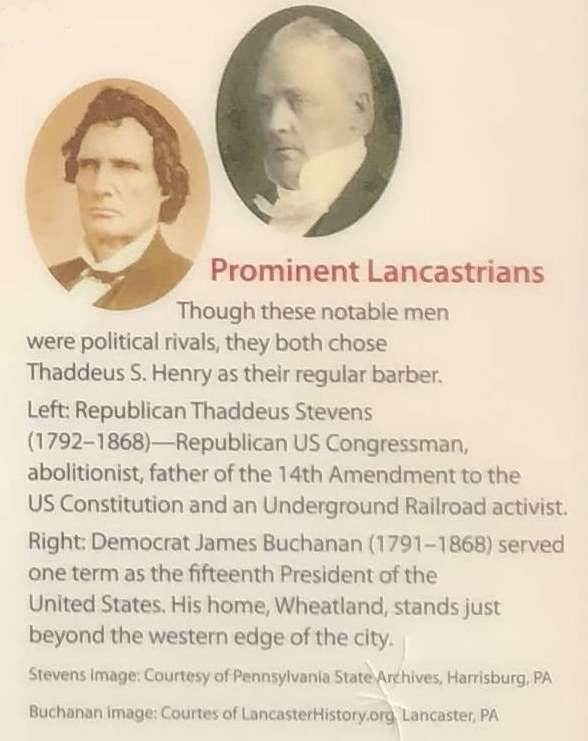 Caption: Prominent Lancastrians
Additional Description: Though these notable men were political rivals, they both chose Thaddeus S. Henry as their regular barber

Left: Republican Thaddeus Stevens (1792-1868)—Republican US Congressman, abolitionist, father of the 14th Amendment to the US Constitution and an Underground Railroad activist.

Right: Democrat James Buchanan (1791-1868) served one term as the fifteenth President of the United States. His home, Wheatland, stands just beyond the western edge of the city.