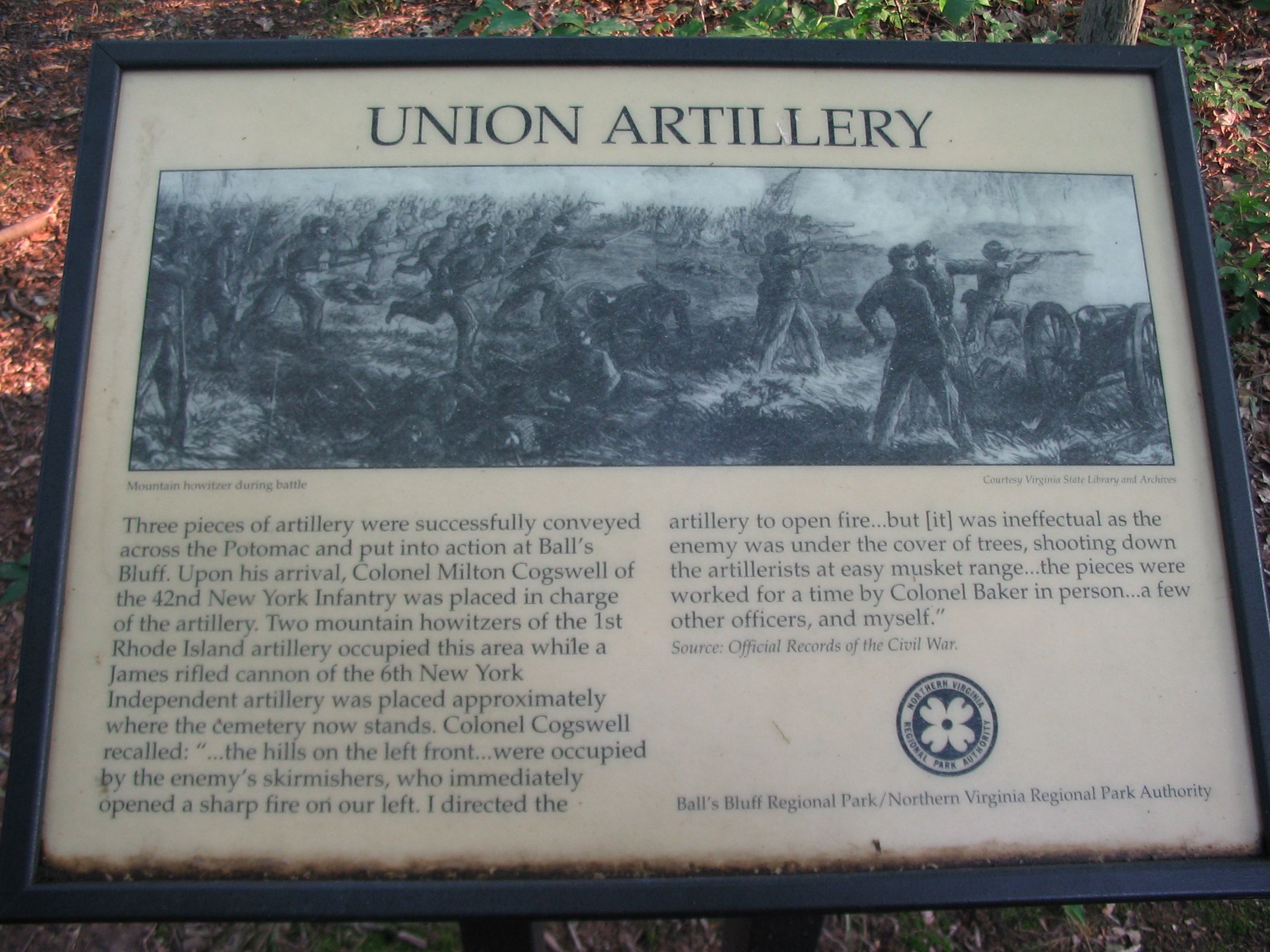 Photographer: Craig Swain
Taken: July 30, 2007
Caption: The Old Union Artillery Marker
Additional Description: Replaced in August 2007, the older marker read:
Three pieces of artillery were successfully conveyed across the Patomac and put into action at Ball's Bluff. Upon his arrival, Colonel Milton Cogswell of the 42nd New York Infantry was placed in charge of the artillery. Two mountain howitzers of the 1st Rhode Island artillery occupied this area while a James rifled cannon of the 6th New York Independent artillery was placed approximately where the cemetery now stands. Colonel Cogswell recalled: "...the hills on the left front...were occupied by the enemy's skirmishers, who immediately opened a sharp fire on our left. I directed the artillery to open fire...but [it] was ineffectual as the enemy was under the cover of trees, shooting down the artillerists at easy musket range...the pieces were worked for a time by Colonel Baker in person...a few other officers, and myself."
Source: Official Records of the Civil War.
Submitted: August 31, 2007, by Craig Swain of Leesburg, Virginia.
Database Locator Identification Number: p6258
File Size: 1.005 Megabytes