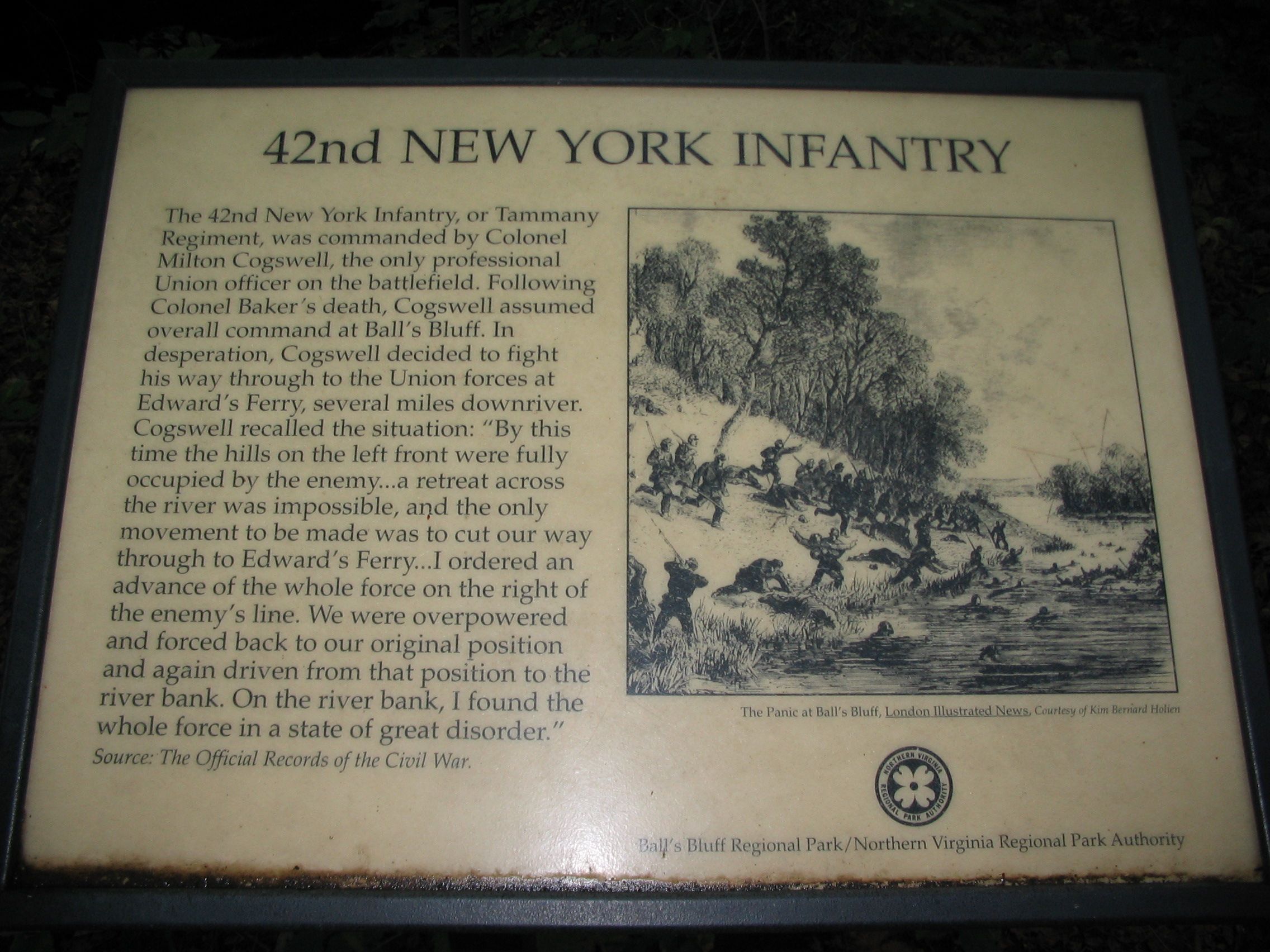 Photographer: Craig Swain
Taken: July 30, 2007
Caption: The Old 42nd New York Infantry Marker
Additional Description: This old marker was replaced in August 2007. It read:
The 42nd New York Infantry, or Tammany Regiment, was commanded by Colonel Milton Cogswell, the only professional Union officer on the battlefield. Following Colonel Baker's death, Cogswell assumed overall command at Ball's Bluff. In desperation, Cogswell decided to fight his way through to the Union forces at Edward's Ferry, several miles downriver. Cogswell recalled the situation: "By this time the hills on the left front were fully occupied by the enemy...a retreat across the river was impossible, and the only movement to be made was to cut our way through to Edward's Ferry...I ordered an advance of the whole force on the right of the enemy's line. We were overpowered and forced back to our original position to the river bank. On the river bank, I found the whole force in a state of great disorder."
Source: The Official Records of the Civil War.
Submitted: August 31, 2007, by Craig Swain of Leesburg, Virginia.
Database Locator Identification Number: p6265
File Size: 1.012 Megabytes