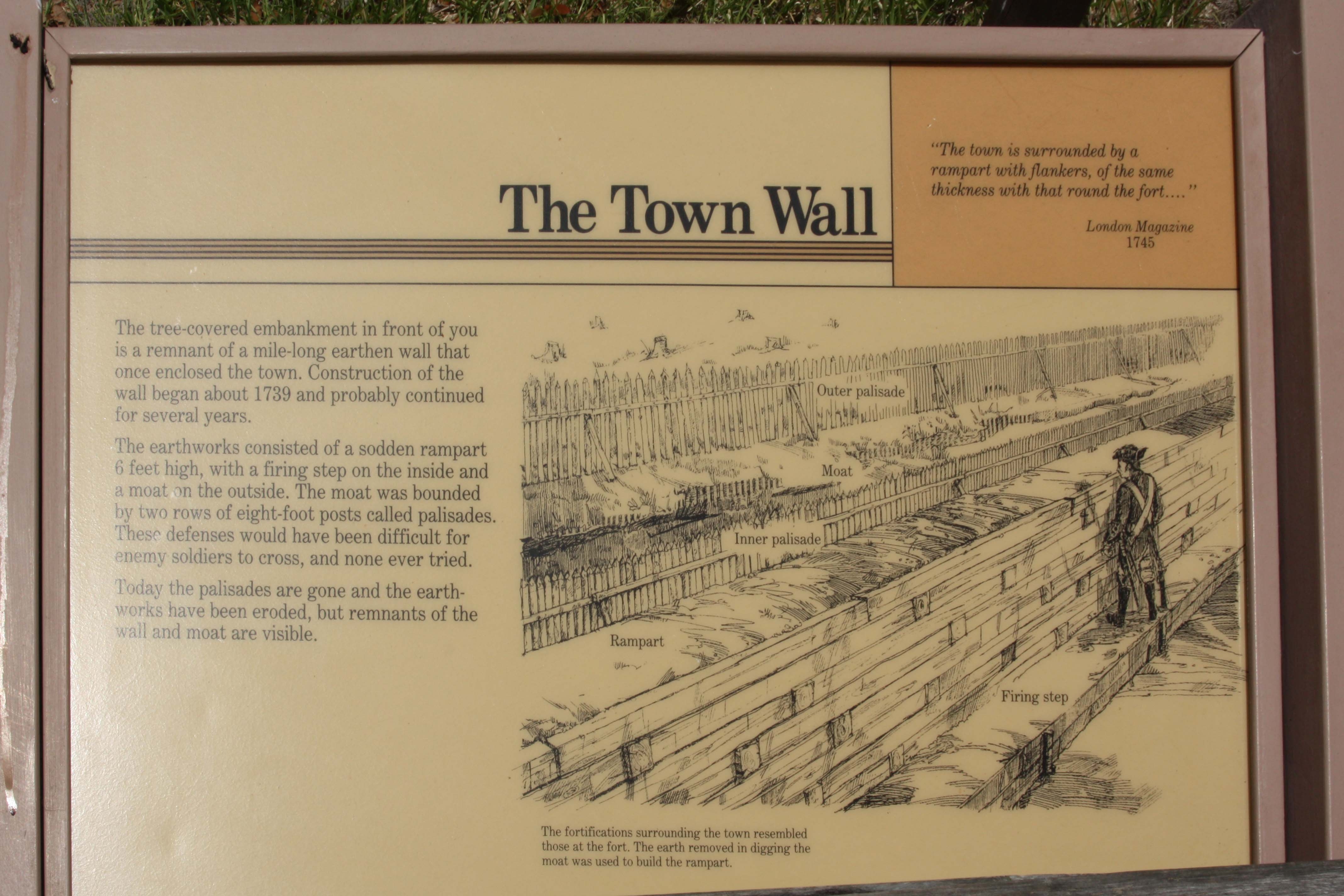 Photographer: Mike Stroud
Taken: May 10, 2009
Caption: The Town Wall, an additional marker
Additional Description: The tree- covered embankment in front of you is a remnant of a mile-long earthen wall that once enclosed the town. Construction of the wall began about 1739 and probably continued for several years. The earthworks consisted of a sodden rampart 6 feet high, with a firing step on the inside and a moat on the outside. The moat was bounded by two rows of eight-foot posts called palisades. These defenses would have been difficult for enemy soldiers to cross, and none ever tried. Today the palisades are gone and the earthworks have been eroded, but remnants of the wall and moat are visible.
The fortications surrounding the town resembled those at the fort. The earth removed in digging the moat was used to build the rampart.
" The town is surrounded by a rampart with flankers, of the same thickness with that round the fort...." London Magazine 1745
Submitted: May 11, 2009, by Mike Stroud of Bluffton, South Carolina.
Database Locator Identification Number: p62716
File Size: 0.717 Megabytes