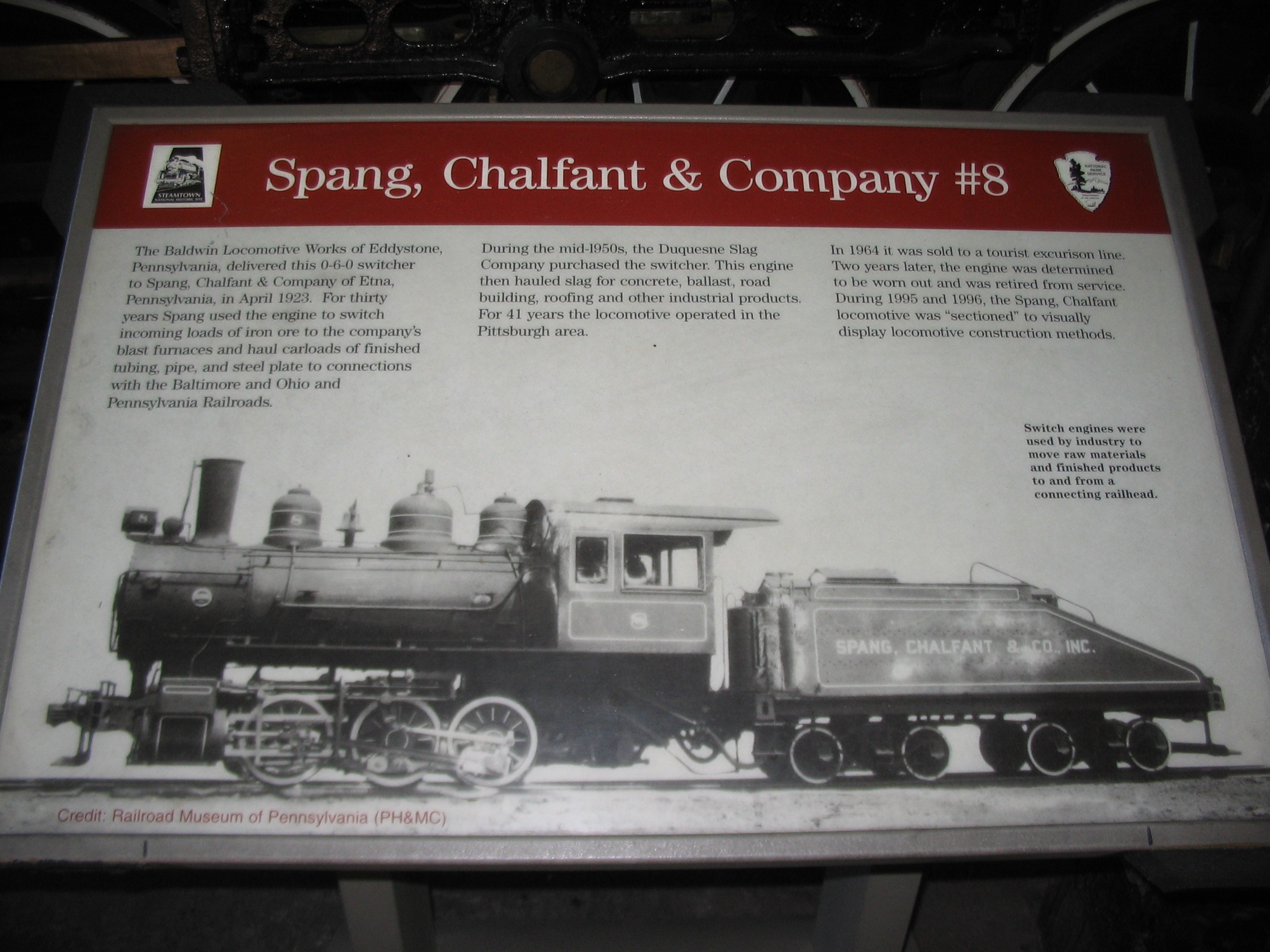 During the mid-1950s, the Duquesne Slag Company purchased the switcher. This engine then hauled slag for concrete, ballast, road building, roofing and other industrial products. For 41 years the locomotive operated in the Pittsburgh area.

In 1964 it was sold to a tourist excursion line. Two years later, the engine was determined to be worn out and was retired from service. During 1995 and 1996, the Spang, Chalfant locomotive as "sectioned" to visually display locomotive construction methods.
Submitted: June 13, 2009, by Craig Swain of Leesburg, Virginia.
Database Locator Identification Number: p66933
File Size: 0.847 Megabytes