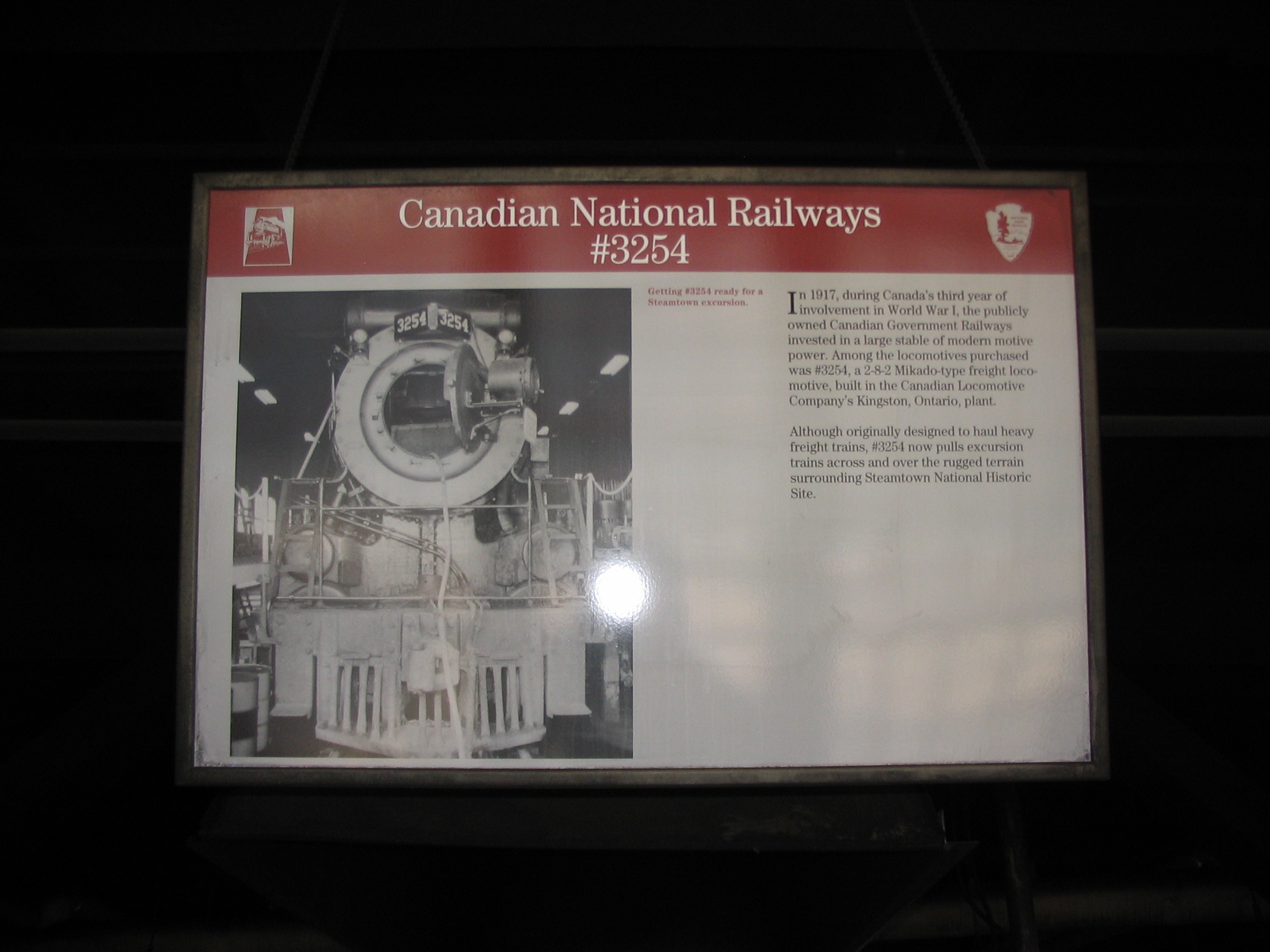 Photographer: Craig Swain
Taken: July 25, 2008
Caption: Canadian National Railways #3254
Additional Description: Interpretive marker in the roundhouse for one of the Park's active locomotives:
In 1917, during Canada's third year of involvement in World War I, the publicly owned Canadian Government Railways invested in a large stable of modern motive power. Among the locomotives pruchased was #3254, a 2-8-2 Mikado-type freight locomotive, built in the Canadian Locomotive Company's Kingston, Ontario, plant.