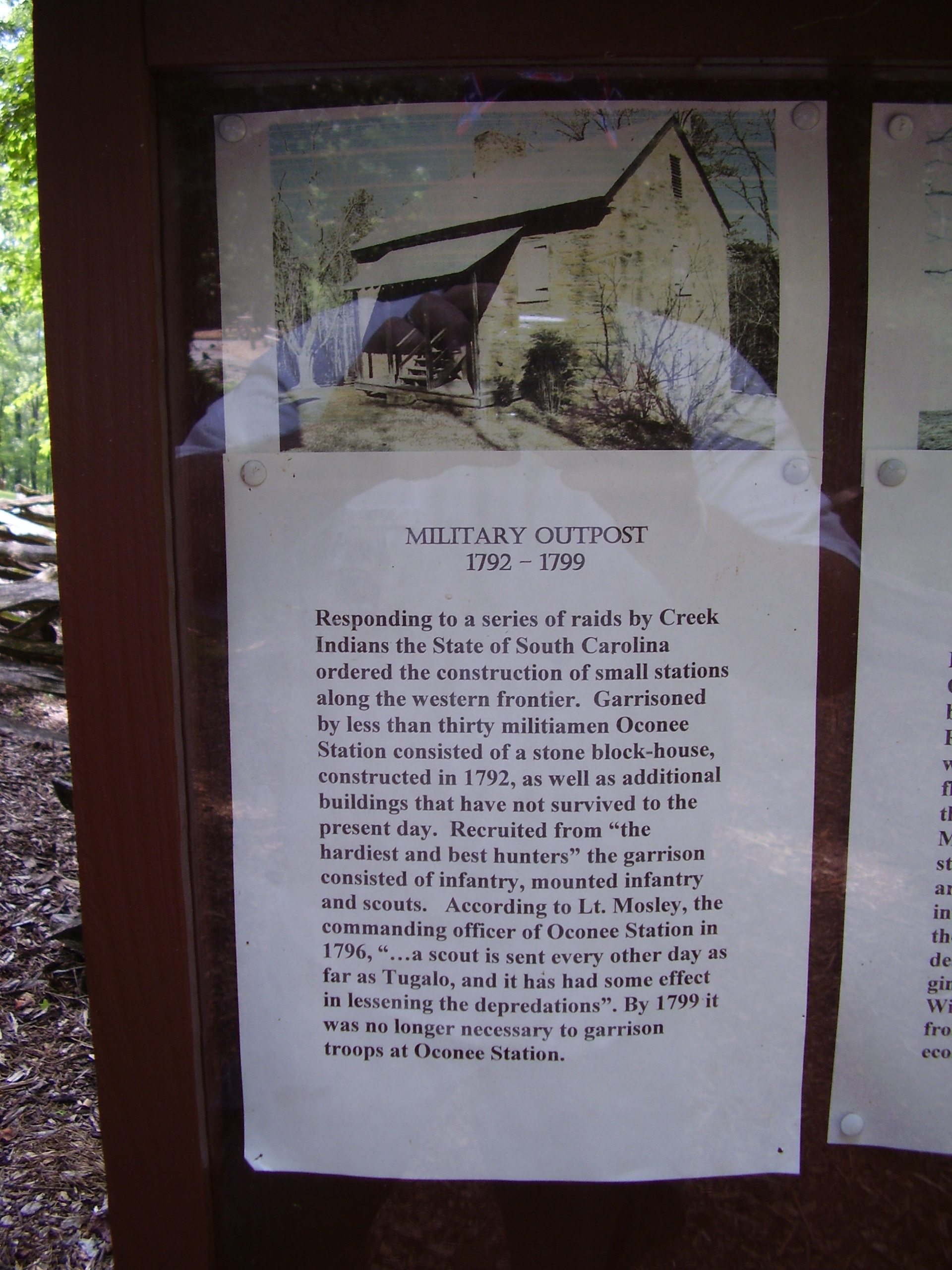 Photographer: Stanley and Terrie Howard
Taken: July 19, 2009
Caption: Military Outpost 1792 - 1799
Additional Description: Responding to a series of raids by Creek Indians the State of South Carolina ordered the construction of small stations along the western frontier. Garrisoned by less than thirty militiamen Oconee Station consisted of a stone block-house, constructed in 1792, as well as additional buildings that have not survived to the present day. Recruited from "the hardiest and best hunters" the garrison consisted of infantry, mounted infantry and scouts. According to Lt. Mosley, the commanding officer of Oconee Station in 1796,"...a scout is sent every other day as far as Tugalo, and it has had some effect in lessening the depredations". By 1799 it was no longer necessary to garrison troops at Oconee Station.
Submitted: July 20, 2009, by Stanley and Terrie Howard of Greer, South Carolina.
Database Locator Identification Number: p71314
File Size: 1.091 Megabytes