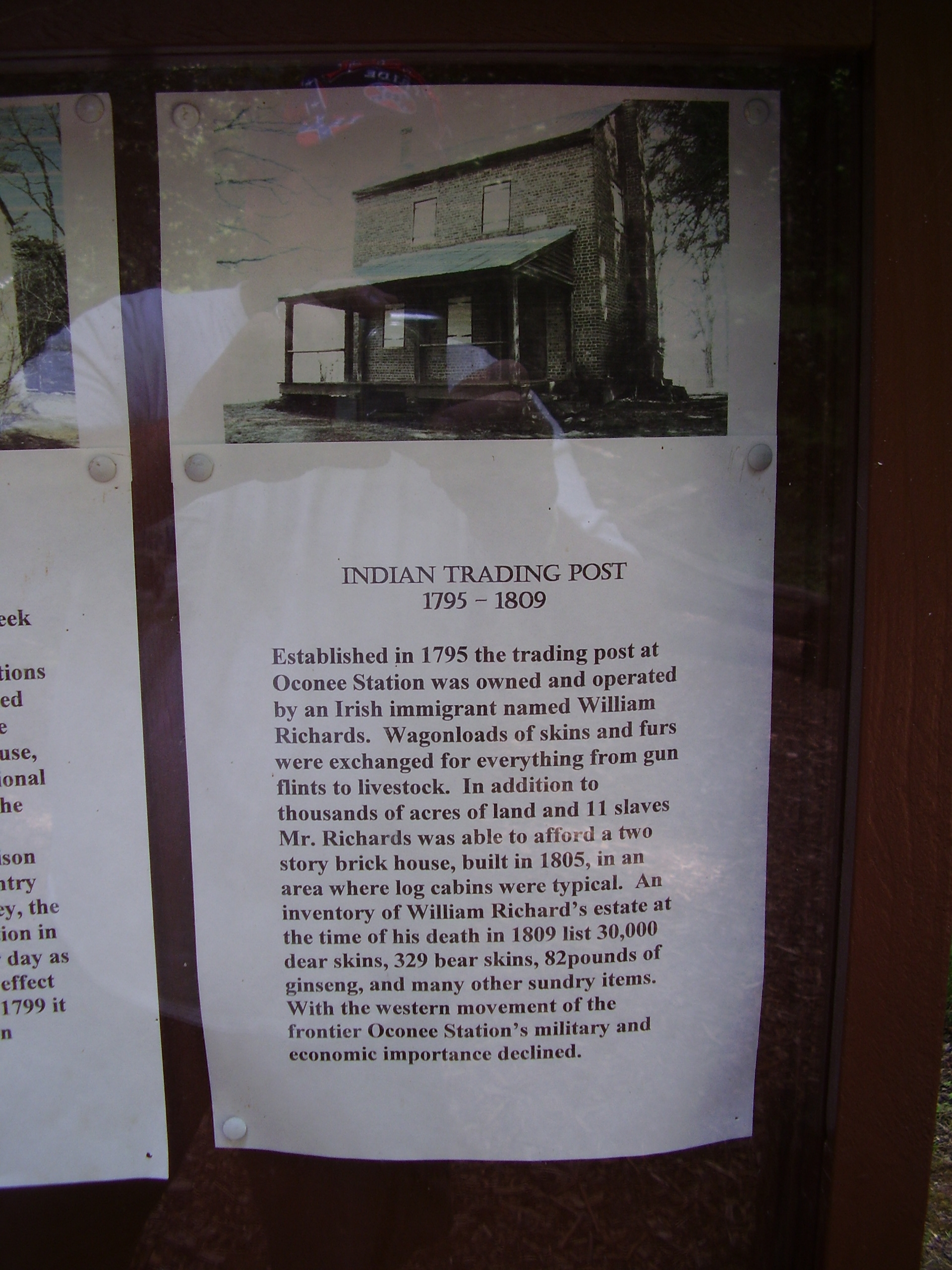 Photographer: Stanley and Terrie Howard
Taken: July 19, 2009
Caption: Indian Trading Post 1795 - 1809
Additional Description: Established in 1795 the trading post at Oconee Station was owned and operated by an Irish immigrant named William Richards. Wagonloads of skins and furs were exchanged for everything from gun flints to livestock. In addition to thousands of acres of land and 11 slaves Mr. Richards was able to afford a two story brick house, built in 1805, in an area where log cabins were typical. An inventory of William Richard's estate at the time of his death in 1809 list 30,000 dear skins, 329 bear skins, 82 pounds of ginseng, and many other sundry items. With the western movement of the frontier Oconee Station's military and economic importance declined.
Submitted: July 20, 2009, by Stanley and Terrie Howard of Greer, South Carolina.
Database Locator Identification Number: p71315
File Size: 1.121 Megabytes