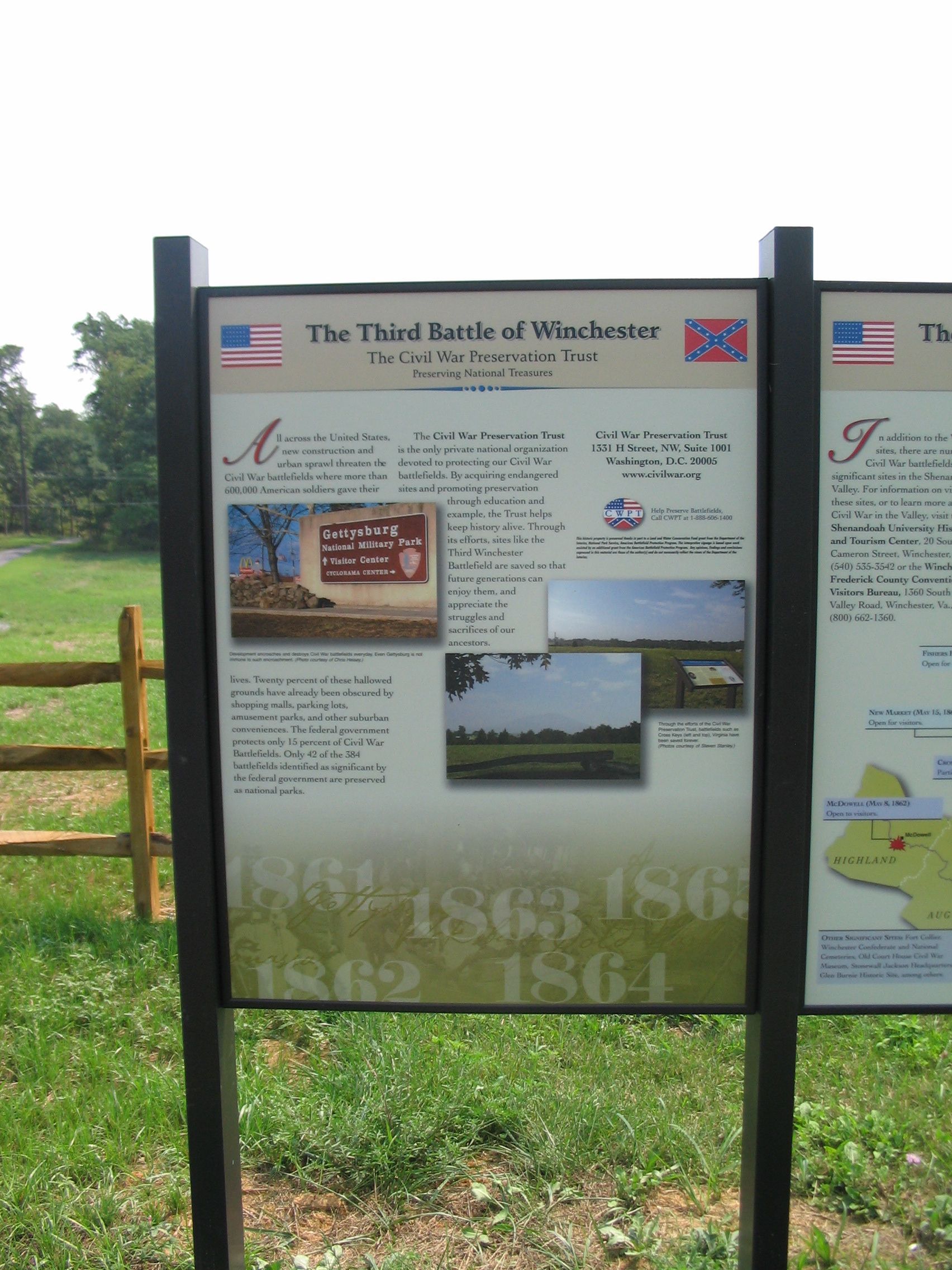 Photographer: Craig Swain
Taken: August 25, 2007
Caption: Informational Marker, Left Pane
Additional Description: Just to the right of the marker is an informational kiosk marker detailing the efforts of the CWPT:

The Civil War Preservation Trust is the only private national organization devoted to protecting our Civil War Battlfeilds. By acquiring endangered sites and promoting preservation through education and example, the Trust helps keep history alive. Through its efforts, sites like Third Winchester Battlefield are saved so that future generations can enjoy them, and appreciate the struggles and sacrifices of our ancestors.
Submitted: October 22, 2007, by Craig Swain of Leesburg, Virginia.
Database Locator Identification Number: p8769
File Size: 1.032 Megabytes