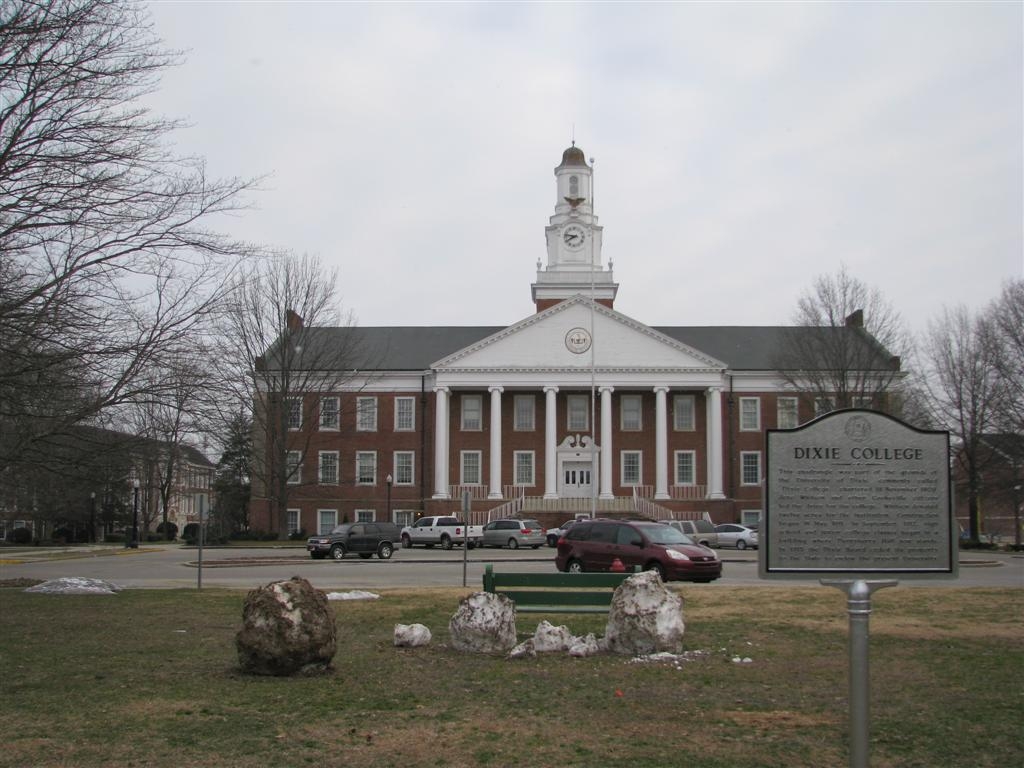 Photographer: Tom Gillard
Taken: February 13, 2010
Caption: Dixie College Marker
Additional Description: The Golden Eagle, which sits on the tower atop Derryberry Hall today, first appeared on the campus during the 1952-53 school year, when a group of students “borrowed” it from a Monteagle motel for a pre-game rally. At the request of Governor Frank G. Clement, the owner, John W. Harton, gave the eagle to Tech on June 5, 1958. The Governor announced that he would pardon the people who stole the eagle. The eagle received its golden finish in 1961, when it was placed in it’s present location.
Submitted: February 13, 2010, by Tom Gillard of Tullahoma, Tennessee.
Database Locator Identification Number: p96269
File Size: 0.116 Megabytes