Coat of Arms of Puerto Rico, via Wikipedia Commons

Puerto Rico ranks 108th among territories, states and provinces with markers in this database. The Free Associated State of Puerto Rico is a territory of the United States of America located in the Caribbean. It is also in the West Indies region. Puerto Rico is some 4 thousand square miles in size with a population of around 3 million people. The territory is divided into 78 municipalities and three of them have entries in this database. In Puerto Rico we have discovered historical markers in five cities and towns lying in seven different ZIP Codes.

Actually, we are being facetious. While there is not enough information in the database for us to say more about the way history has been marked in the territory of Puerto Rico, there is no doubt that many things that are important to Puerto Ricans—and important to the people of the United States of America—happened here. And we are also sure that many people who did interesting or important things lived or passed through this territory. Furthermore, we, the editors of the Historical Marker Database, are sure that many people and organizations in the many communities that make up Puerto Rico went out of their way to mark where some of these things happened, and where some of these famous or infamous people stayed. So it’s not that there is no history here, it’s just that the many historical markers in Puerto Rico have not found their way into this database yet. 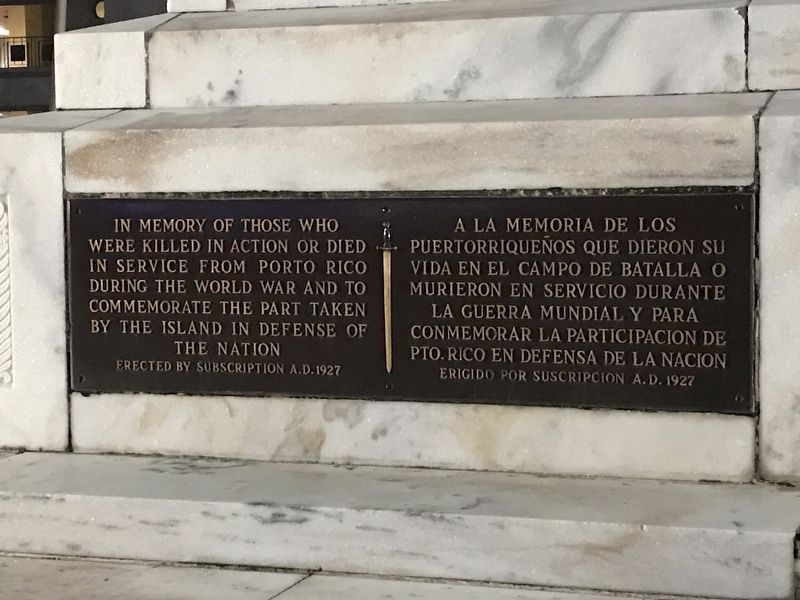