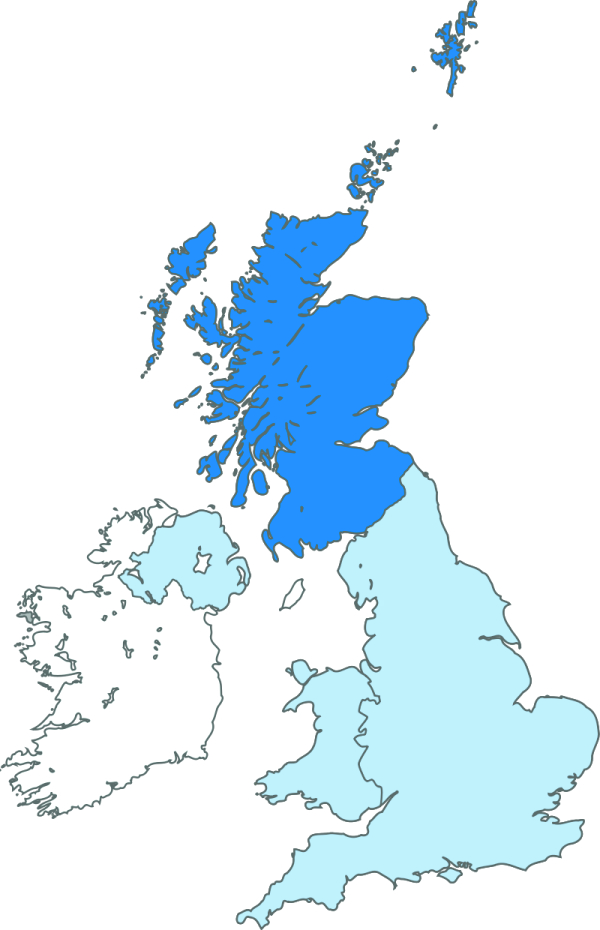 Scotland ranks 54th among countries, states and provinces with markers in this database. Scotland is a country in the United Kingdom. Scotland is some 48 thousand square kilometers in size with a population of around 5.4 million people. The country is divided into 34 historic counties or shires and 33 of them have entries in this database. In Scotland we have discovered historical markers in 95 cities and towns lying in 144 postal delivery areas.

How many historical markers are there in Scotland? There are least 245 of them, by our count. We have cataloged 244 historical markers and 49 war memorials—each individually presented on 283 illustrated, annotated, and searchable pages of the Historical Marker Database. In addition, we are reasonably certain of another historical marker in Scotland that we don’t yet have, and instead show on our Want List. Our correspondents have been finding and adding hundreds of markers a month to the database from all over the world, so next time you visit this page you will probably find that the numbers here have changed.

The first marker in the database, The Scottish Parliament, was added August 5, 2010. It was photographed in Aberdeen in Aberdeenshire. The last one added was submitted on October 19, 2019, and titled Patrick Hamilton. It is in St. Andrews in Fife. Keeping in mind that the erection date of many markers in the database is not known, the earliest historical marker we know of in Scotland was erected in 1810. It was this one: Wallacestone Memorial, and one of our correspondents found it in Wallacestone in Falkirk on July 19, 2015.

The Scots don’t want to forget their Forts or Castles history. How do we know? Because there are more historical markers in the database from Scotland about Forts or Castles—66 of them—than about any other historical category. It is followed by World War I with 38 markers.

The first marker added to the database with the Forts or Castles category was The Holy Grail, added April 1, 2015. It had been erected in Stirling. The last one submitted was submitted on January 7, 2019, and titled Walled Garden. It had been erected in Sauchen in Aberdeenshire. The earliest marker erected with the Forts or Castles category that we have listed was erected in 1967. It was Inverness Castle, found in Inverness in Inverness-shire on December 13, 2018.