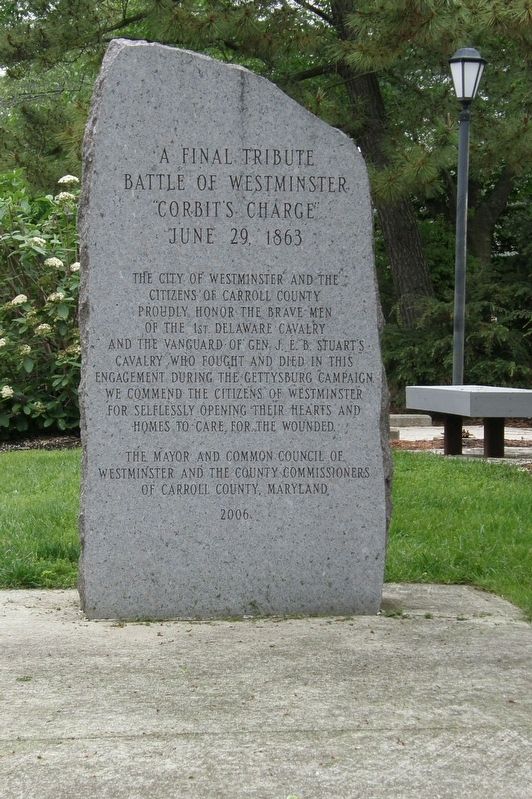 The City of Westminster and the citizens of Carroll County proudly honor the brave men of the 1st Delaware Cavalry and the vanguard of Gen. J.E.B. Stuart's cavalry who fought and died during this engagement in the Gettysburg Campaign. We comment the citizens of Westminster for selflessly opening their hearts and homes to care for the wounded.

Erected 2006 by The Mayor and Common Council of Westminster and the County Commissioners of Carroll County, Maryland.

Topics. This memorial is listed in these topic lists: Charity & Public Work • War, US Civil. 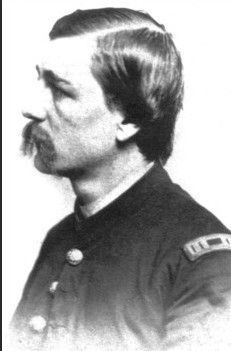