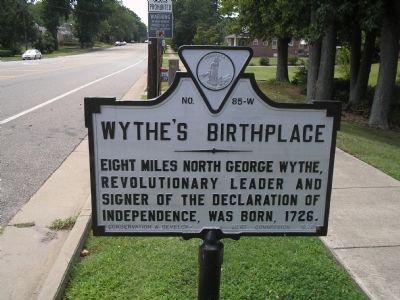 By Bill Coughlin, August 11, 2008
1. Wythe’s Birthplace Marker
Inscription.
Wythe’s Birthplace. . , Eight miles north George Wythe, Revolutionary Leader and signer of the Declaration of Independence, was born, 1726. . This historical marker was erected in 1928 by Conservation and Development Commission. It is in Hampton Virginia

Eight miles north George Wythe, Revolutionary Leader and signer of the Declaration of Independence, was born, 1726.

Topics and series. This historical marker is listed in this topic list: War, US Revolutionary. In addition, it is included in the Signers of the Declaration of Independence, and the Virginia Department of Historic Resources series lists. A significant historical year for this entry is 1726. 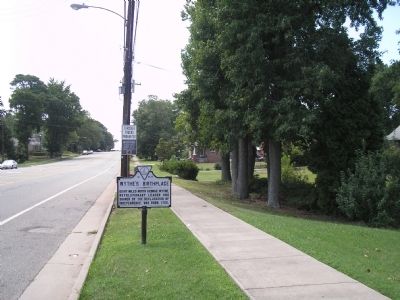 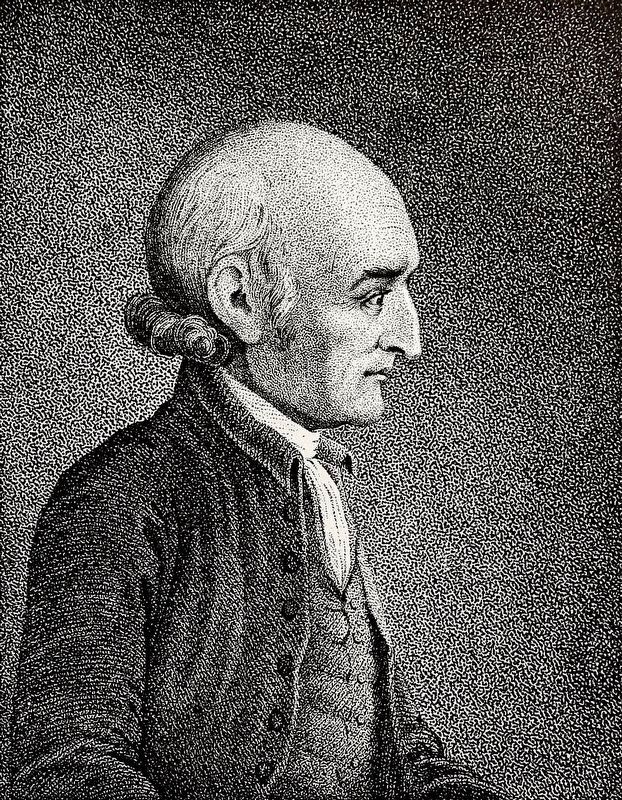