Liberty or Death
Don't Tread on Me 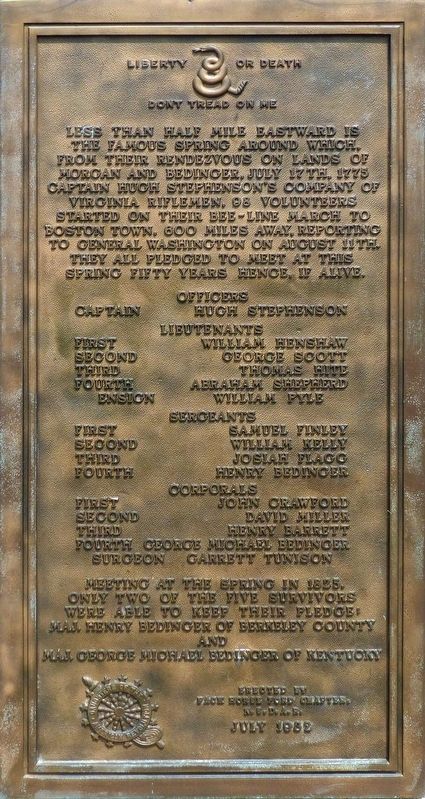 Less than half mile eastward is the famous spring around which, from their rendezvous on lands of Morgan and Bedinger, July 17th, 1775 Captain Hugh Stephenson’s Company of Virginia Riflemen, 98 volunteers started on their bee-line march to Boston Town, 600 miles away, reporting to General Washington on August 11th. They all pledged to meet at this spring fifty years hence, if alive.

Meeting at the spring in 1825, only two of the five survivors were able to keep their pledge:
Maj. 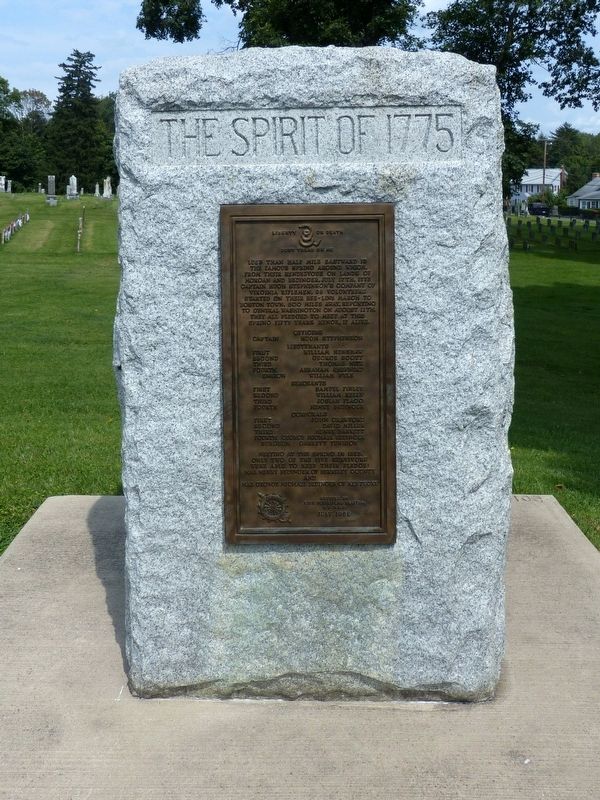 Click or scan to see
this page online
Henry Bendinger of Berkeley County
and
Maj. George Michael Bedinger of Kentucky.

Topics and series. This historical marker is listed in these topic lists: Patriots & Patriotism • War, US Revolutionary. In addition, it is included in the Former U.S. Presidents: #01 George Washington series list. A significant historical date for this entry is July 17, 1775.

Location. 39° 25.706′ N, 77° 48.761′ W. Marker is in Shepherdstown, West Virginia, in Jefferson County. Marker can be reached from Kearneysville Pike (West Virginia Route 480). This marker appears to have been moved from its original location along the Kearnysville Pike to Elmwood Cemetery. Touch for map. Marker is at or near this postal address: 4849 Kearneysville Pike, Shepherdstown WV 25443, United States of America. Touch for directions. 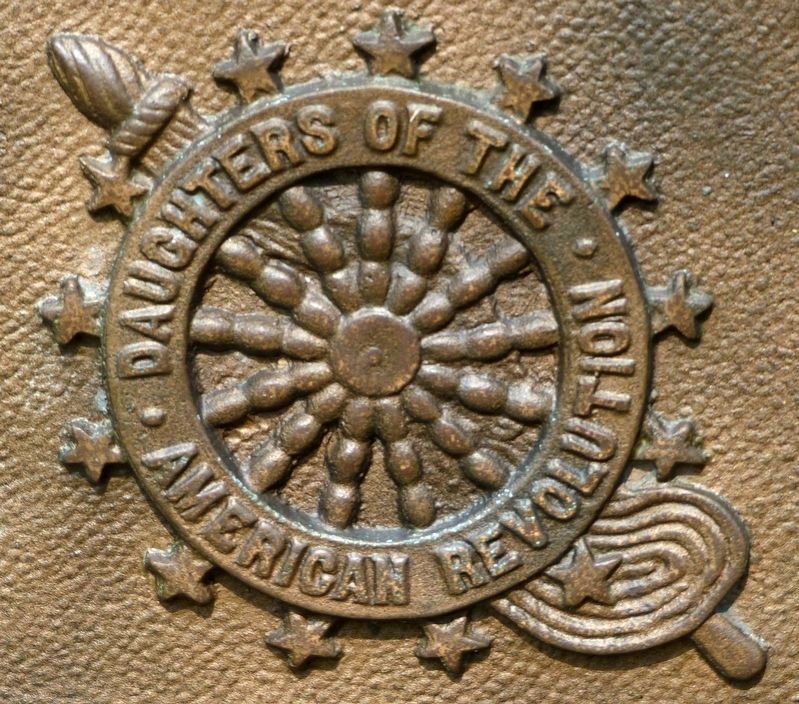