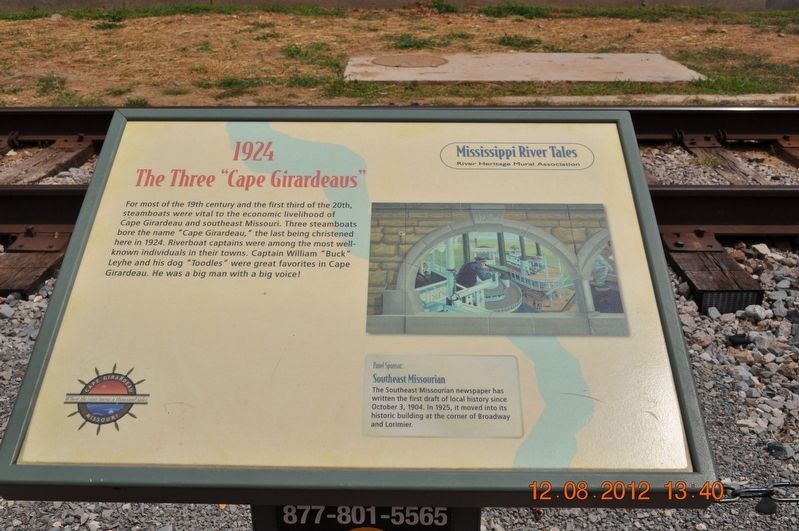 For most of the 19th century and the first third of the 20th,steamboats were vital to the economic livelihood of Cape Girardeau and southeast Missouri. Three steamboats bore the name "Cape Girardeau," the last being christened here in 1924. Riverboat captains were among the most well-known individuals in their towns. Captain William "Buck" Leyhe and his dog "Toodles" were great favorites in Cape Girardeau. He was a big man with a big voice! 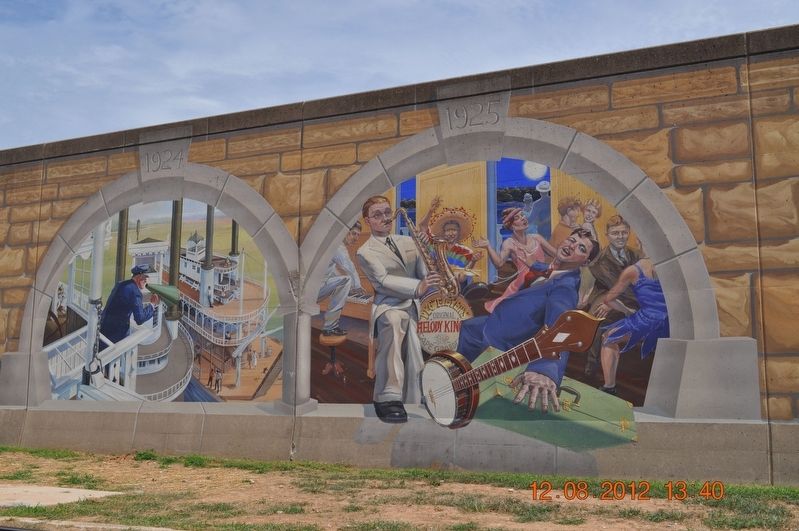 Also see . . .
1. Steamboat pilot Capt. Wm. "Buck" Leyhe. Golden Eagle Wins Pennant on Fast Trip Today, somewhere down towards Sheffield, Ala., a rotund and most jovial person was still receiving the plaudits of cheering throngs along river shores as "master of the inland waterways." The responsive beaming smile could belong to none other than Capt. Wm. H. "Buck" Leyhe, master of the good ship Golden Eagle, which crossed the finish line at Cape Girardeau at 3:25 a.m. Sunday to win, against time, a steamboat race between the Delta King of the San Joaquin River and Delta Queen of Sacramento River, California. (Submitted on September 2, 2017, by Sandra Hughes of Killen, Alabama, USA.)