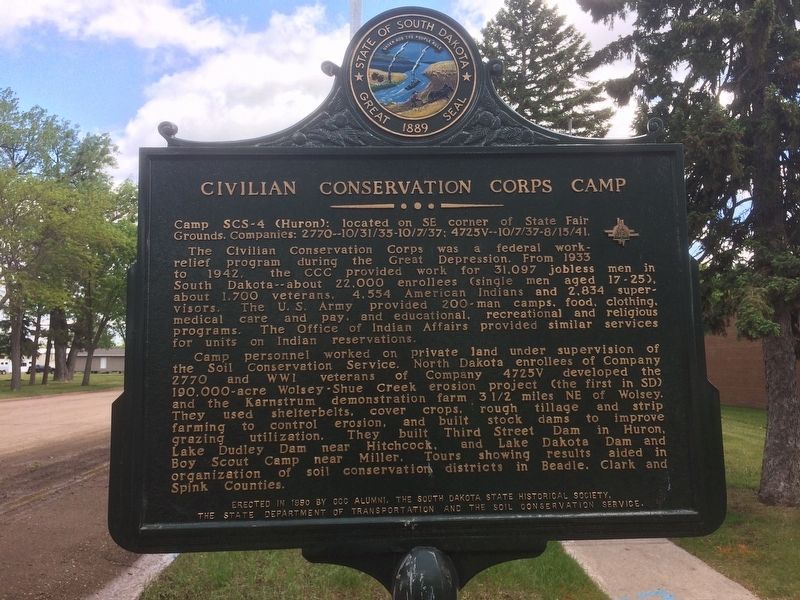 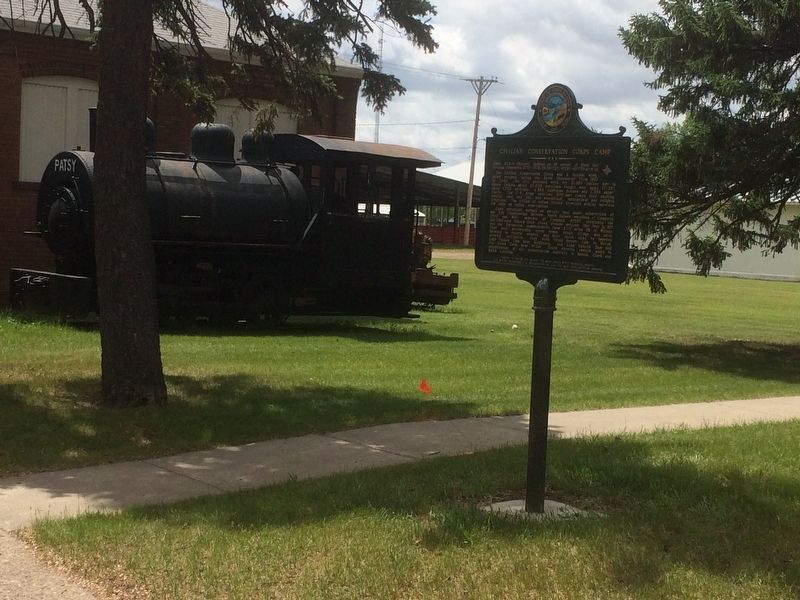 Erected 1990 by CCC Alumni, The South Dakota State Historical Society, the State Department of Transportation and the Soil Conservation Service.

Topics and series. This historical marker is listed in these topic lists: Charity & Public Work • Man-Made Features. In addition, it is included in the Civilian Conservation Corps (CCC) 🏞️ series list. A significant historical year for this entry is 1933.