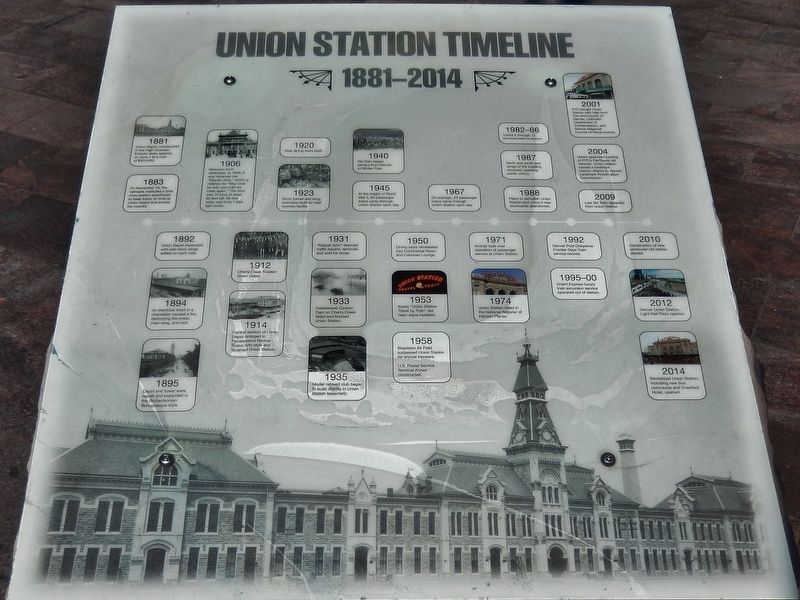 1881: Union Depot, constructed in the High Victorian Eclectic style, opened on June 1 at a cost of $525,000
1883: On November 18, the railroads instituted a time zone system specifically to keep trans on time at Union Depot and across the country.
1892: 1892: Union Depot expanded with one-story wings added on each side.
1884: An electrical short in a chandelier caused a fire, destroying the tower, main wing, and roof.
1895: Depot and tower were rebuilt and expanded in the Richardsonian Romanesque style.
1906: Welcome Arch dedicated. In 1908, it was renamed the “Mizpah Arch,” which is Hebrew for “May God be with you until we meet again.” The Arch was 70 tons of steel, 65 feet tall, 86 feet wide, and lit by 1,294 light bulbs.
1912: Chery Creek flooded Union Depot.
1914: Central section of Union Depot enlarged in Renaissance Revival Beaux Arts style and renamed Union Station.
1920: New dining room built.
1923: North tunnel and wing extension built for mail express facility.
1931: “Mitzpah 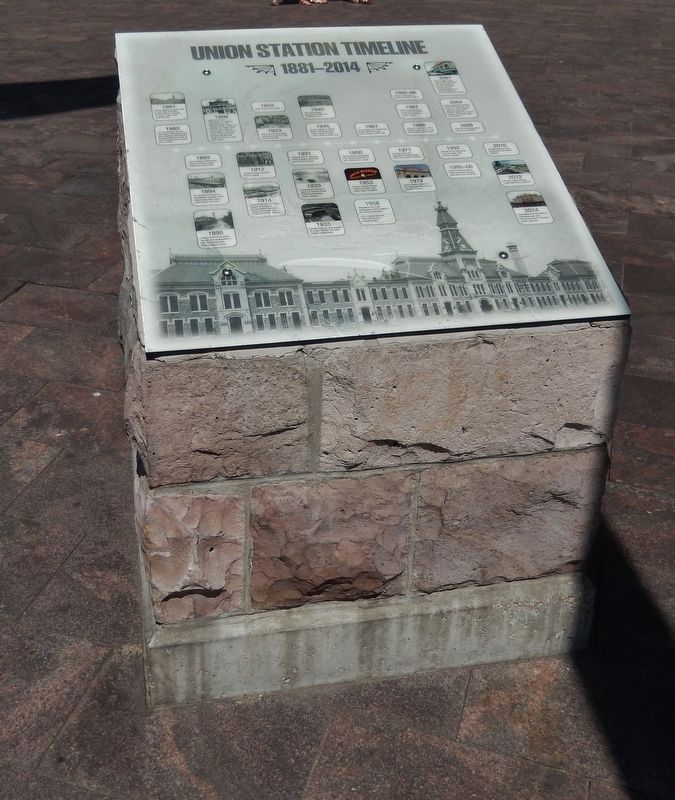 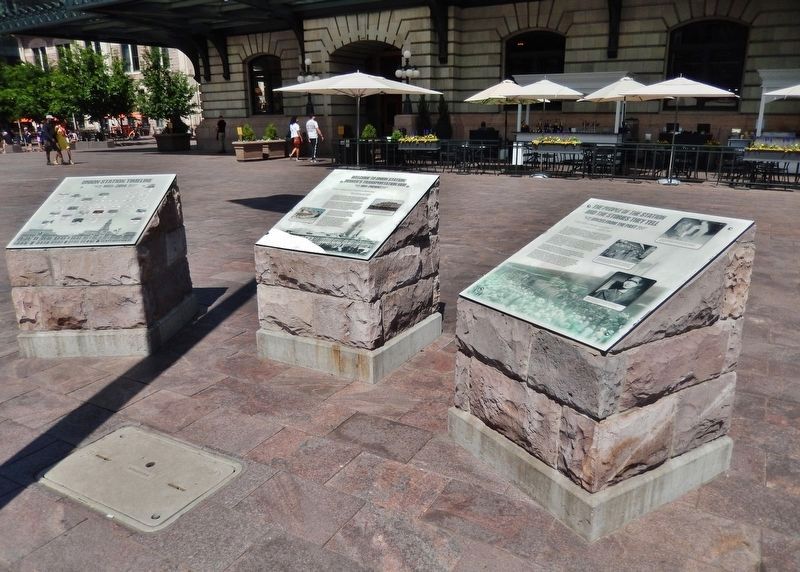 Location. 39° 45.174′ N, 104° 59.99′ W. Marker is in Denver, Colorado, in Denver County. Marker is at the intersection of Wynkoop Street and 17th Street, on the right when traveling south on Wynkoop Street. Marker is located on the plaza, near the large flagpole, directly in front of the Denver Union Station main entrance. Touch for map. Marker is at or near this postal address: 1701 Wynkoop Street, Denver CO 80202, United States of America. Touch for directions. 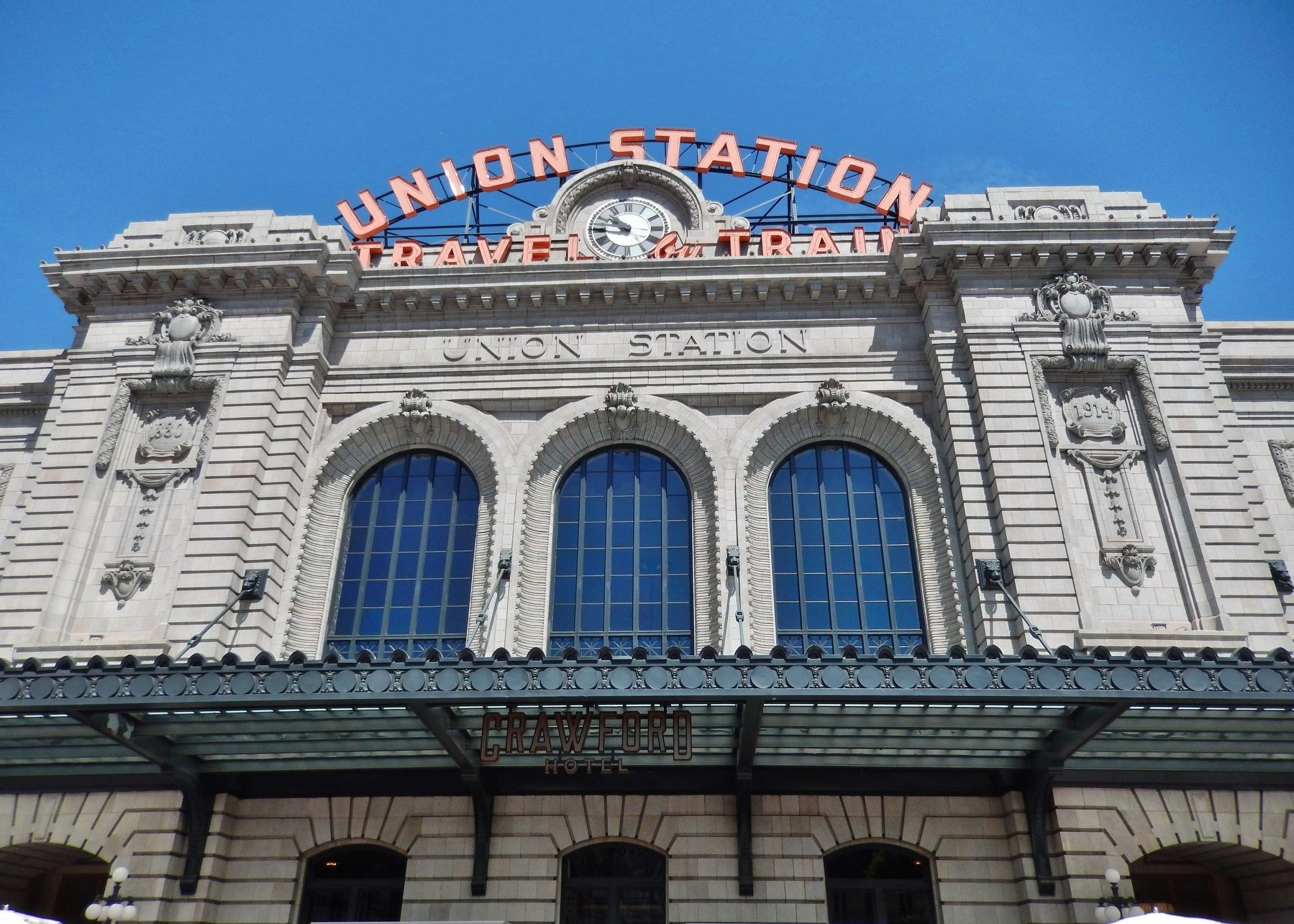 More about this marker. Marker is a composite plaque mounted horizontally on a large stone pedestal. Marker is the 1st (leftmost) of a three-part marker series located in front of Union Station.

Regarding Union Station Timeline. Since 2014, the Union Station building also includes the Crawford Hotel, which is built into the existing structure of Union Station and captures the many eras of Denver's history.

Related markers. Click here for a list of markers that are related to this marker. Denver Union Station 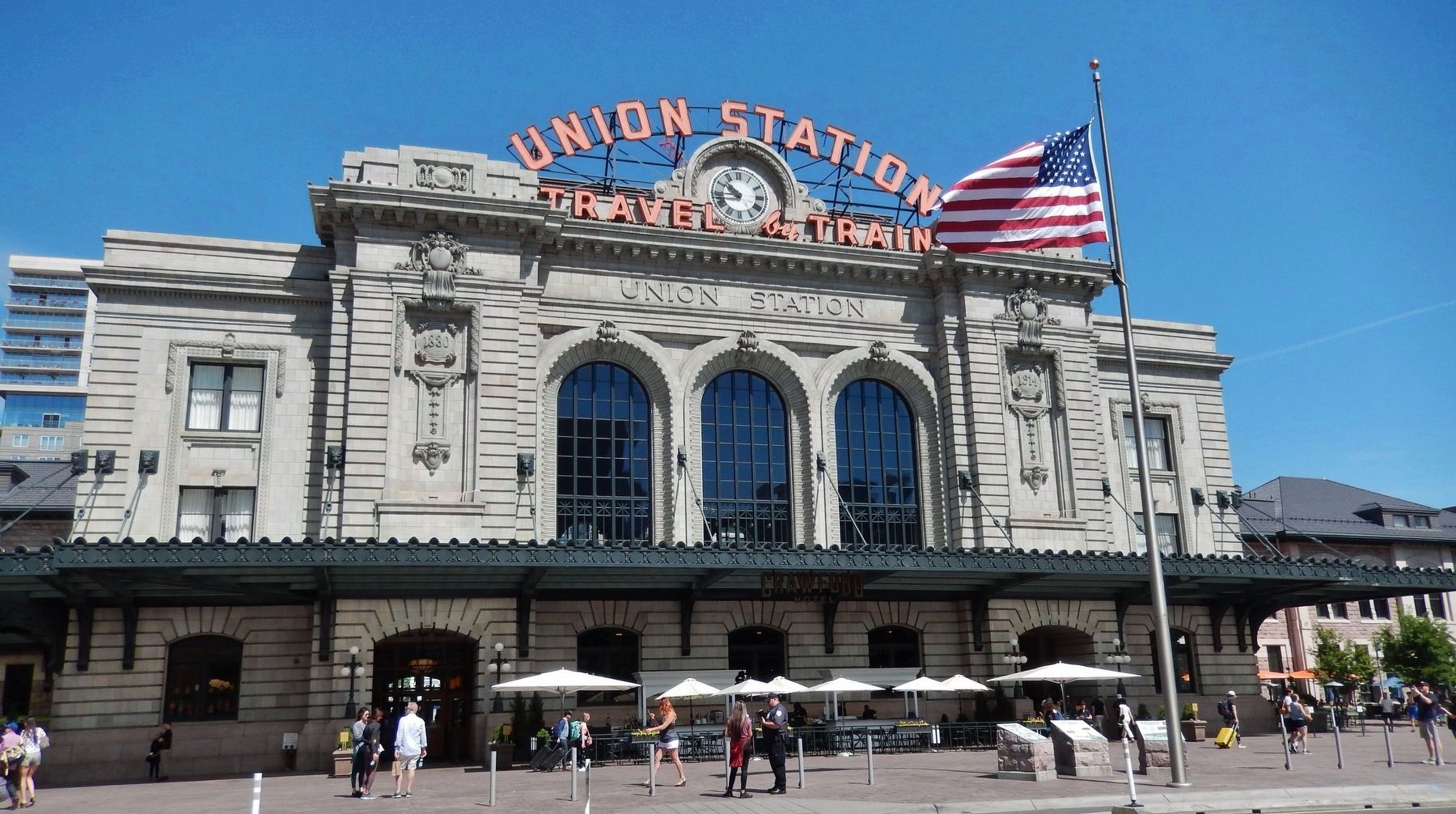