Early Settlers of Burleson County in the Texas War for Independence 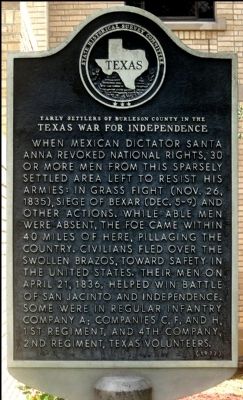 When Mexican Dictator Santa Anna revoked national rights, 30 or more men from this sparsely settled area left to resist his armies: in Grass Fight (Nov. 26, 1835), Siege of Bexar (Dec. 5-9) and other actions. While able men were absent, the foe came within 40 miles of here, pillaging the country. Civilians fled over the swollen Brazos, toward safety in the United States. Their men on April 21, 1836, helped win Battle of San Jacinto and Independence. Some were in Regular Infantry Company A; Companies C, F, and H, 1st Regiment, and 4th Company, 2nd Regiment, Texas Volunteers.

Location. 30° 31.929′ N, 96° 41.605′ W. Marker is in Caldwell, Texas, in Burleson County. Marker is on West Fox Street east of South Echols Street, on the right when traveling east. Located at Courthouse Square. Touch for map. Marker is at or near this postal address: 100 West Buck Street, Caldwell TX 77836, United States of America. Touch for directions. 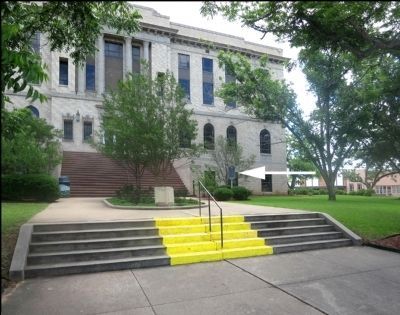 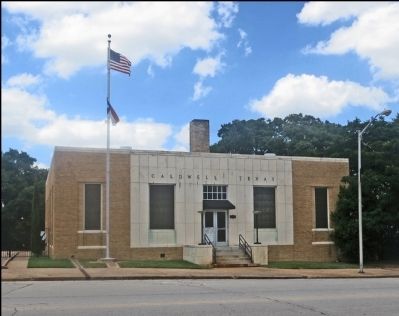