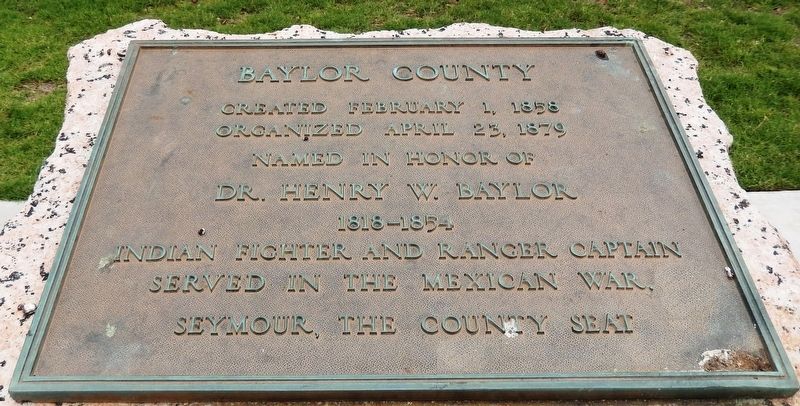 By Cosmos Mariner, May 15, 2016
1. Baylor County Marker
Inscription.
Baylor County. .
Created February 1, 1858 Organized April 23, 1879 Named in honor of Dr. Henry W. Baylor 1818-1854 Indian fighter and Ranger Captain served in the Mexican War. Seymour, the County Seat. . This historical marker was erected in 1936 by State of Texas. It is in Seymour in Baylor County Texas

Topics and series. This historical marker is listed in these topic lists: Political Subdivisions • War, Mexican-American • Wars, US Indian. In addition, it is included in the Texas 1936 Centennial Markers and Monuments series list.

More about this marker. Marker is a large metal tablet mounted horizontally on top of a waist-high pink granite pedestal. The 1936 Texas Centennial Star is mounted on the front side of the pedestal. 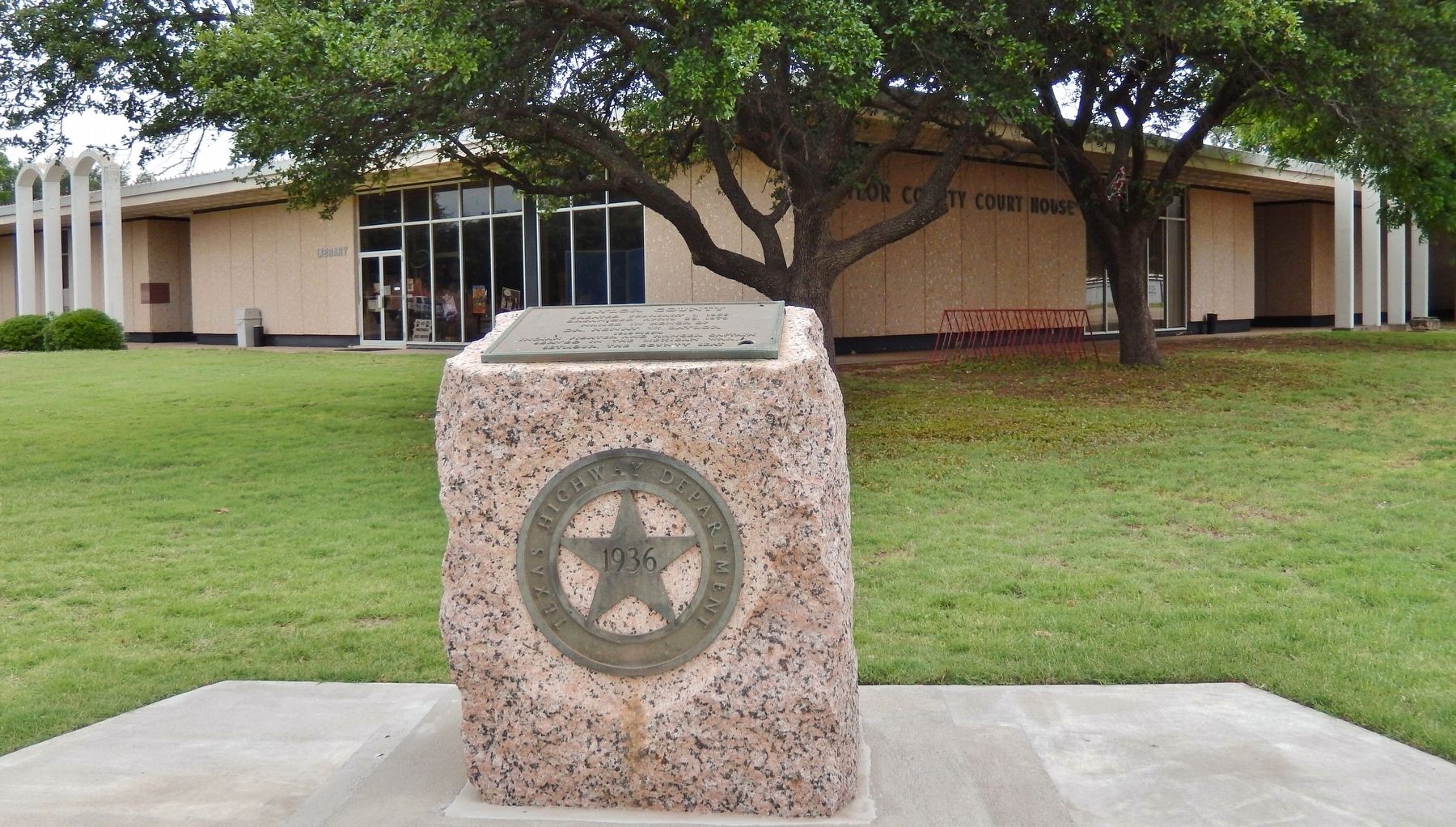 By Cosmos Mariner, May 15, 2016
2. Baylor County Marker (wide view; Baylor County Courthouse in background)
Col. J. R. McClain, moved to the site of Seymour in 1876, but were driven off when cowboys ran cattle over their corn. In 1879 the Millett brothers—Eugene C., Alonzo, and Hiram—came from Guadalupe County to begin ranching in Baylor County. They ran a tough outfit and used their armed cowhands to intimidate would-be settlers and the citizens of newly founded Seymour. Violence and contention plagued the county during the first years of settlement. Baylor County's first two county attorneys were forced to resign, and in June 1879 county judge E. R. Morris was shot and killed by saloon keeper Will Taylor. Later the Texas Rangers gradually brought peace. (Submitted on January 16, 2019, by Cosmos Mariner of Cape Canaveral, Florida.)