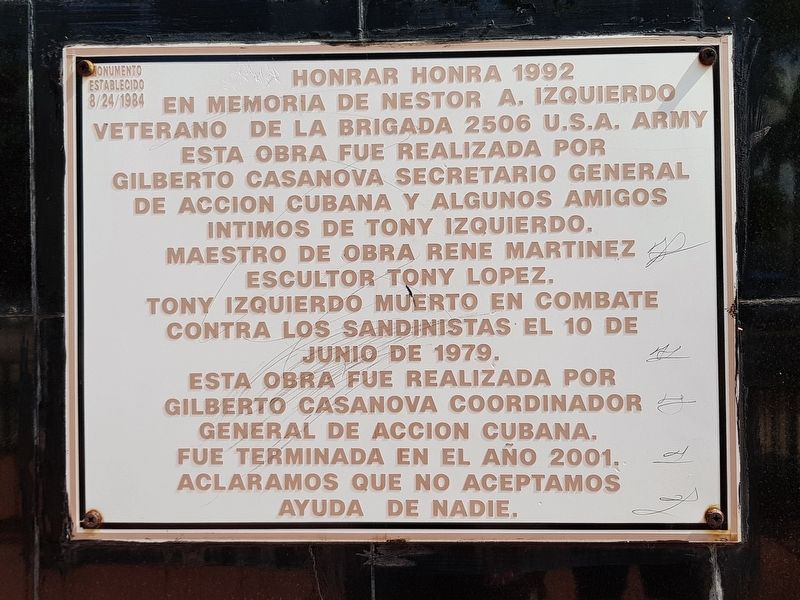 By J. Makali Bruton, May 25, 2019
1. Nestor A. Izquierdo Marker
Inscription.
English: . Monument established August 24, 1984 . . Honor those that deserve honor, 1992 . In memory of Nestor A. Izquierdo Veteran of the Brigade 2506 U.S.A. Army . This work was completed by Gilberto Casanova, Secretary General of Acción Cubana and some close friends of Tony Izquierdo. . Master of works, René Martínez . Sculptor, Tony López. . Tony Izquierdo died in combat against the Sandinistas on June 10, 1979. . This work was carried out by Gilberto Casanova, General Coordinator of Acción Cubana. It was completed in 2001. . We clarify that we did not accept help from anyone. . This memorial was erected in 2001 by Acción Cubana. It is in Miami in Miami-Dade County Florida