Memorial to the Fallen of Cuban Liberation 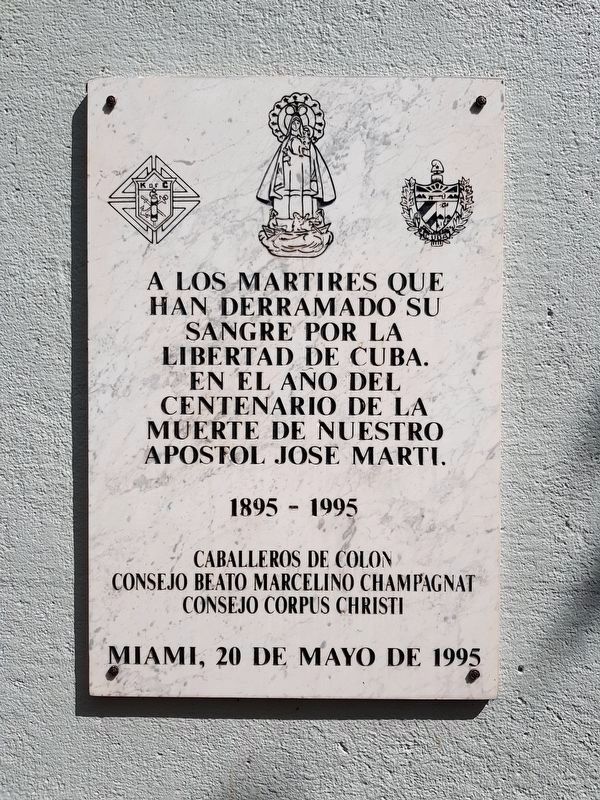 Photographed By J. Makali Bruton, May 25, 2019
1. Memorial to the Fallen of Cuban Liberation Marker
The marker includes the coat of arms of the Knights of Columbus, an image of the Virgen de la Caridad del Cobre (the Patroness of Cuba) and the Cuban coat of arms.
Inscription.
English translation: , To the martyrs who have shed their blood for the freedom of Cuba. In the year of the centenary of the death of our apostle, José Martí. , , 1895-1995 , , Knights of Columbus , Council of Beato Marcelino Champagnat , Council of Corpus Christi , Miami, May 20, 1995 . This memorial was erected in 1995 by Caballeres de Colón. It is in Miami in Miami-Dade County Florida