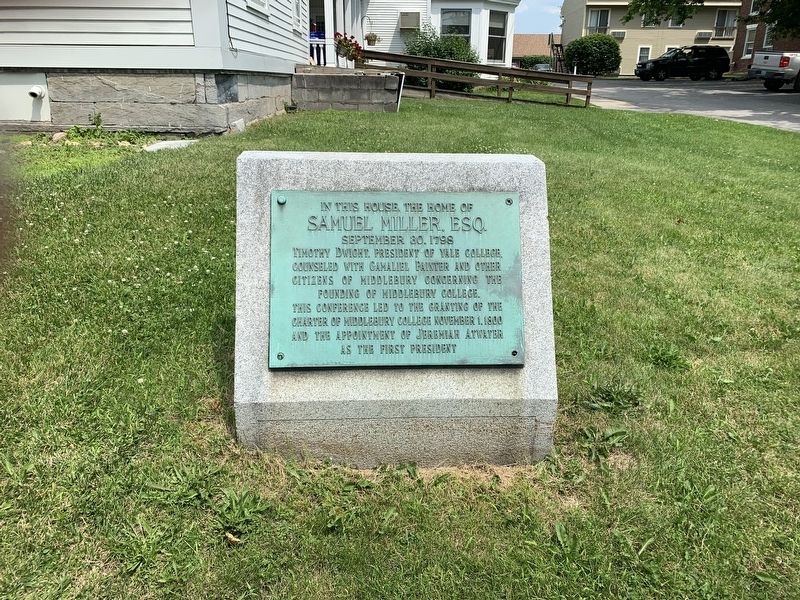 In this house, the home of Samuel Miller, Esq., Timothy Dwight, president of Yale College, counseled with Gamaliel Painter and other citizens of Middlebury concerning the founding of Middlebury College.

This conference led to the granting of the charter of Middlebury College November 1, 1800 and the appointment of Jeremiah Atwater as the first president. 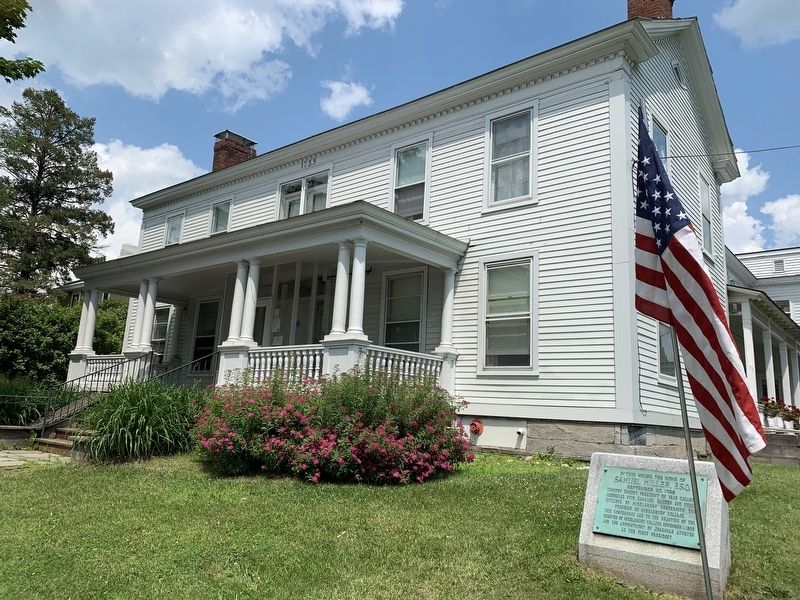 By Steve Stoessel, July 3, 2019
2. Samuel Miller, Esq. Marker
away); Middlebury Civil War Memorial (about 500 feet away); Ancient Paths (about 600 feet away). Touch for a list and map of all markers in Middlebury.