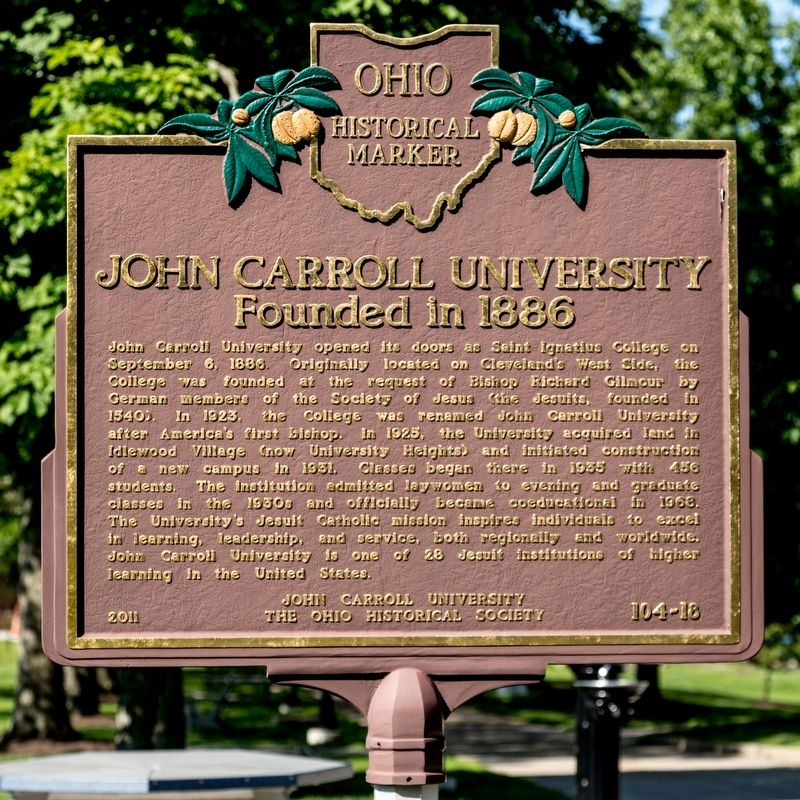 John Carroll University opened its doors as Saint Ignatius College on September 6, 1888. Originally located on Cleveland’s West Side, the College was founded at the request of Bishop Richard Gilmour by German members of the Society of Jesus (the Jesuits, founded in 1540). In 1923,the College was renamed John Carroll University after America’s first bishop. In 1925, the University acquired land in Idlewood Village (now University Heights) and initiated construction of a new campus in 1931. Classes began there in 1935 with 456 students. The institution admitted laywomen to evening and graduate classes in the 1930s and officially became coeducational in 1968. The University’s Jesuit Catholic mission inspires individuals to excel in learning, leadership, and service, both regionally and worldwide. John Carroll University is one of 28 Jesuit institutions of higher learning in the United States.

Marker series. This marker is included in the Ohio Historical Society / The Ohio 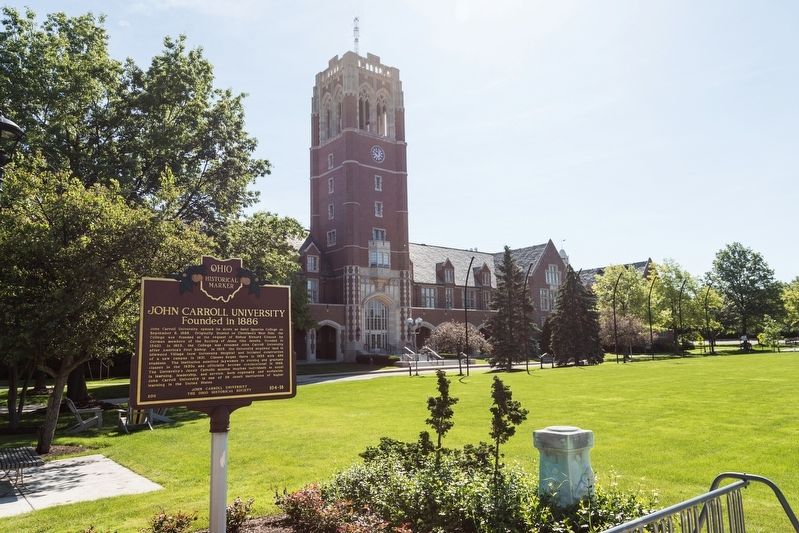 Location. 41° 29.403′ N, 81° 31.93′ W. Marker is in University Heights, Ohio, in Cuyahoga County. Marker can be reached from the intersection of John Carroll Boulevard and Fairmount Circle. It is between the Grasselli Library and the Administration Building on the Hamlin Quad. Touch for map. Marker is at or near this postal address: 1 John Carroll Boulevard, Cleveland OH 44118, United States of America. Touch for directions.

Related marker. Click here for another marker that is related to this marker. This link is for Saint Ignatius High School on Cleveland’s West Side, where the university started.

The Jesuits who founded St. Ignatius College were exiles from Germany, forced out by Otto von Bismarck’s Kulturkampf. They brought 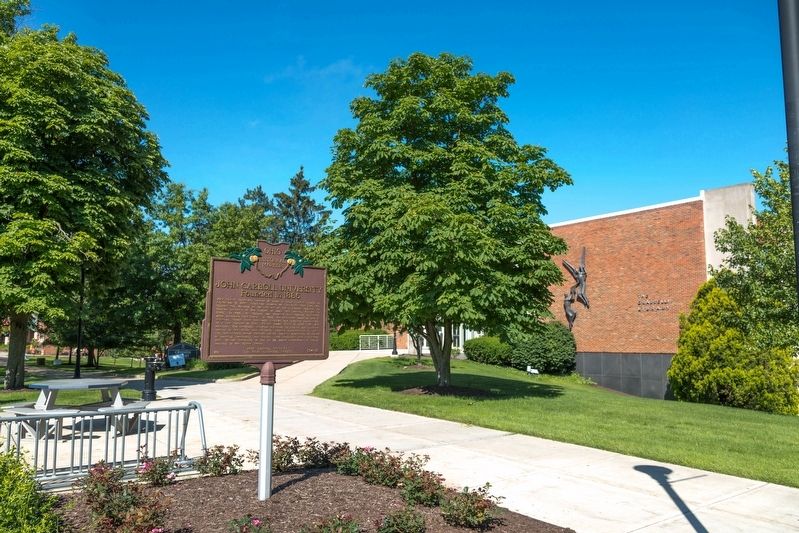 By J. J. Prats, June 22, 2019
3. John Carroll University Marker
The Grasselli Library is in the background.
with them the traditional structure of the Jesuit college as an extension of the apostolate of the religious community to prepare the student morally as well as intellectually. The principal instrument of this education was the classical course of seven years, in which the first three years were devoted to learning languages as necessary tools. The student was then considered prepared for university work. The next four years were devoted to the study of classical literature and Latin and Greek prose and poetry, and to developing the ability to express one's self in these languages, as well as in the vernacular, orally and in writing. The final year was devoted to philosophy. There were also electives in the sciences, history, and geography, as well as other subjects. If the student completed only six years, a certificate was given. Completion of the year of philosophy made the student eligible for the baccalaureate degree, which the college was empowered to grant when it was chartered in 1890. The first two degrees were awarded in 1895.