East 1/2 mile from this point on the old Cherry Creek - Pine Ridge Trail, Chief Big Foot (Spotted Elk) and his Minneconjou, wagon Horse band, with some forty braves and Sitting Bull's Hunkpapa band was intercepted and surrended on December 28, 1890 to Major Samuel M. Whiteside, 7th U.S. Cavalry. The band was escorted to Wounded Knee, where they camped for the night under guard. Big Foot who was ill was attended by the army physician that night.

Topics. This historical marker is listed in these topic lists: Native Americans • Wars, US Indian.

Other nearby markers. At least 2 other markers are within 5 miles of this location, measured as the crow flies. Massacre of Wounded Knee (approx. 4.4 miles away); Chief Big Foot Massacre Monument 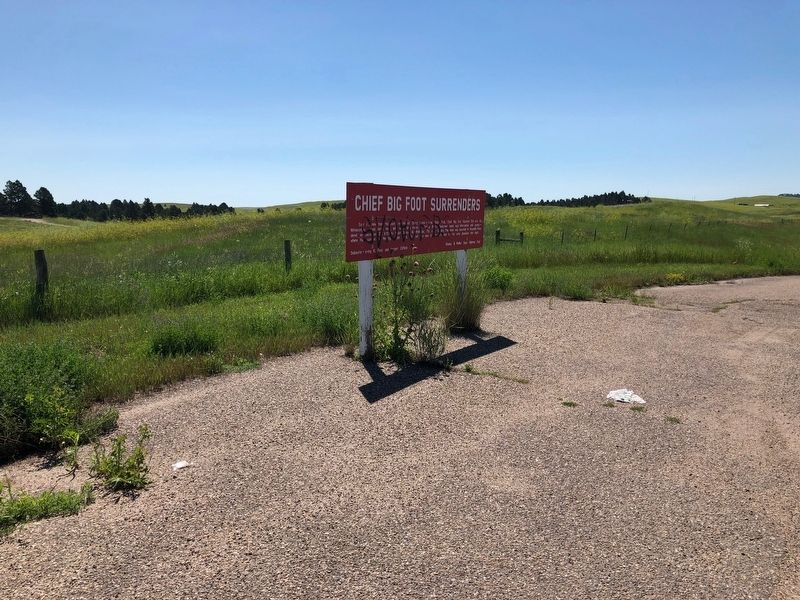