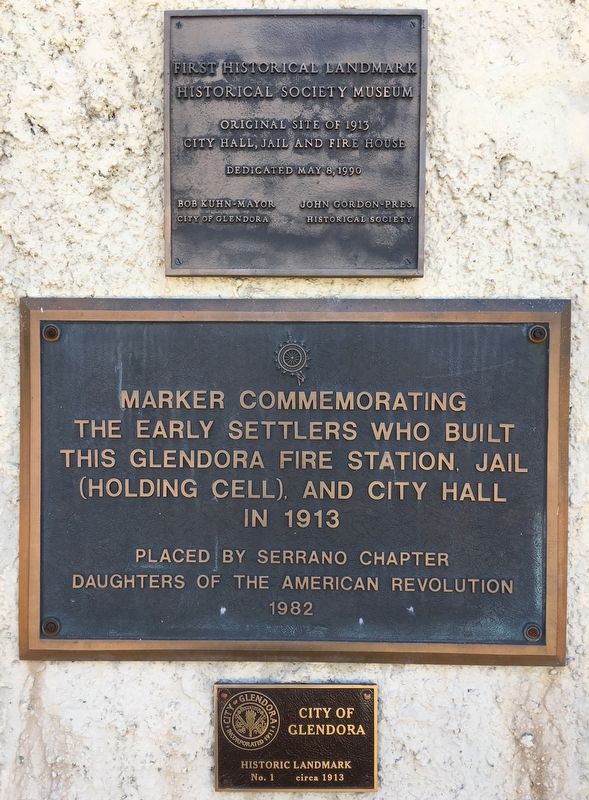 Placed by Serrano chapter, Daughters of the American Revolution, 1982. , City of Glendora Historic Landmark No. 1, circa 1913. . This historical marker was erected in 1990 by City of Glendora. It is in Glendora in Los Angeles County California

Placed by Serrano chapter, Daughters of the American Revolution, 1982.

Topics and series. This historical marker is listed in these topic lists: Architecture • Law Enforcement • Settlements & Settlers. In addition, it is included in the Daughters of the American Revolution (DAR) series list. A significant historical year for this entry is 1913. 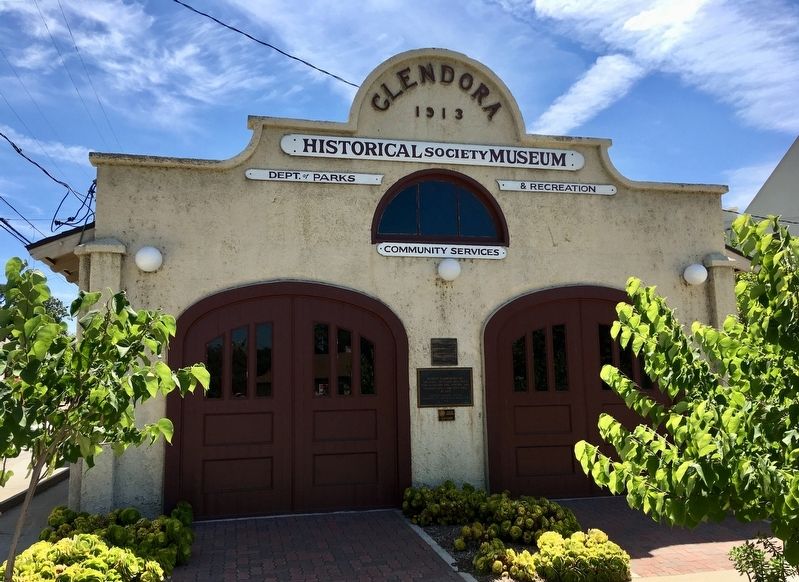 Click or scan to see
this page online
Marker is at or near this postal address: 314 Glendora Ave, Glendora CA 91741, United States of America. Touch for directions.

Regarding Glendora City Hall. The first municipal building in Glendora was completed in 1913 and served as city hall, fire station, and police department. The building became a meeting place for local civic groups when the new city hall opened in 1922. The Glendora Historical Society established a museum here in 1952. An addition was completed in 1989, with expanded display areas. The museum is open from 11-2 on most Saturdays. 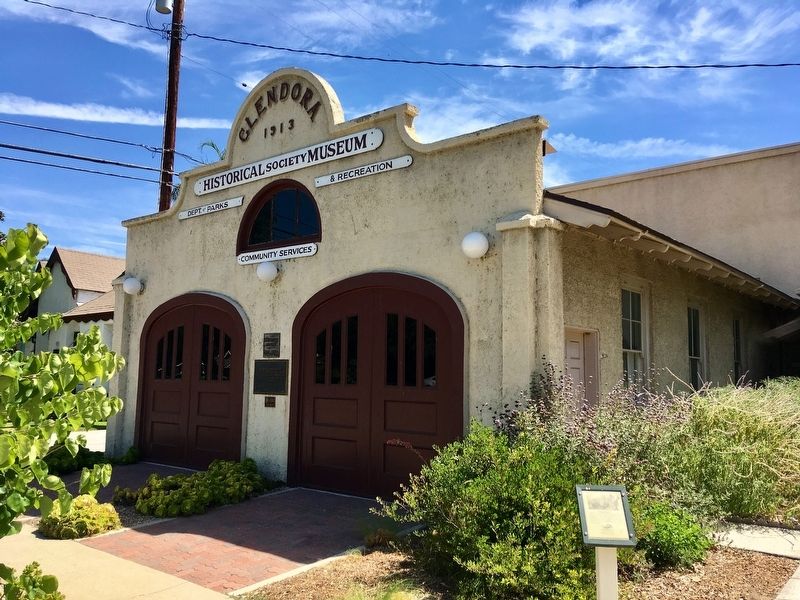