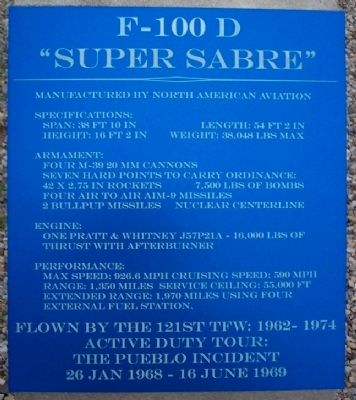 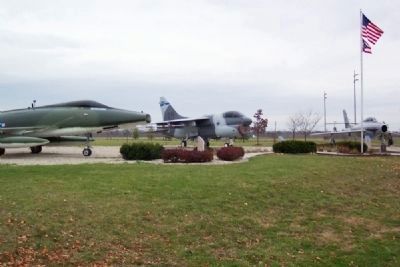 By William Fischer, Jr., November 12, 2008
2. F-100D "Super Sabre" and Marker
A-7D in center and F84-F to right. Rickenbacker Air Force Base marker at base of flagpole.
. Marker is in aircraft static display park just inside main gate of Rickenbacker Air National Guard Base (off Second Street), at Rickenbacker International Airport. Access is restricted due to location on a military base. Touch for map. Marker is in this post office area: Columbus OH 43217, United States of America. Touch for directions. 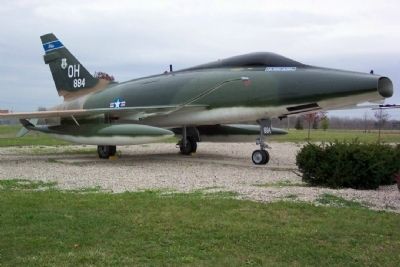 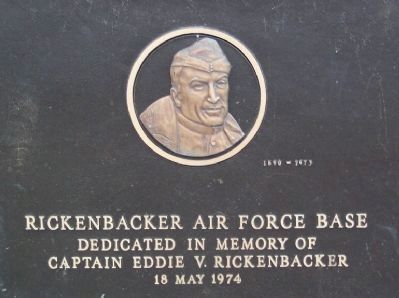