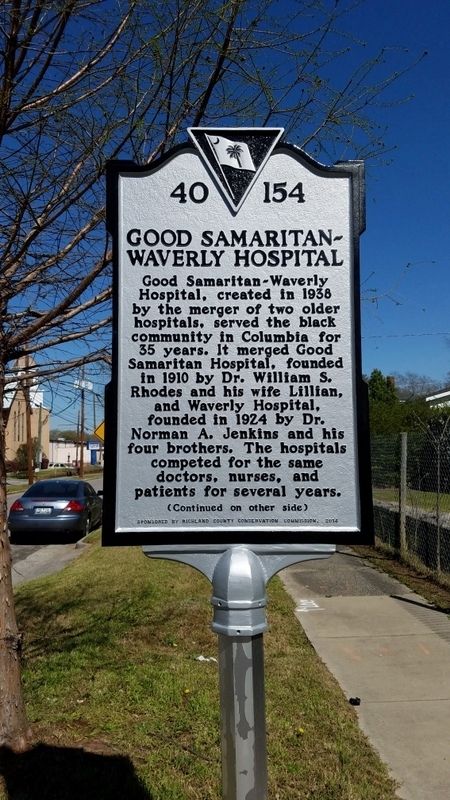 Side 1
Good Samaritan-Waverly Hospital, created in 1938 by the merger of two older hospitals, served the black community in Columbia for 35 years. It merged Good Samaritan Hospital, founded in 1910 by Dr. William S. Rhodes and his wife Lillian, and Waverly Hospital, founded in 1924 by Dr. Norman A. Jenkins and his four brothers. The hospitals competed for the same doctors, nurses, and patients for several years.

Side 2
By the mid-1930s the Duke Endowment and the Rosenwald Fund recommended a merger of the two hospitals to improve the quality of health care for blacks in Columbia and surrounding counties. This building, the first in Columbia built for blacks, opened in 1952. After the new integrated Richland Memorial Hospital opened in 1971, Good Samaritan-Waverly Hospital closed the next year.

Topics and series. This historical marker is listed in these topic lists: African Americans • Science & Medicine 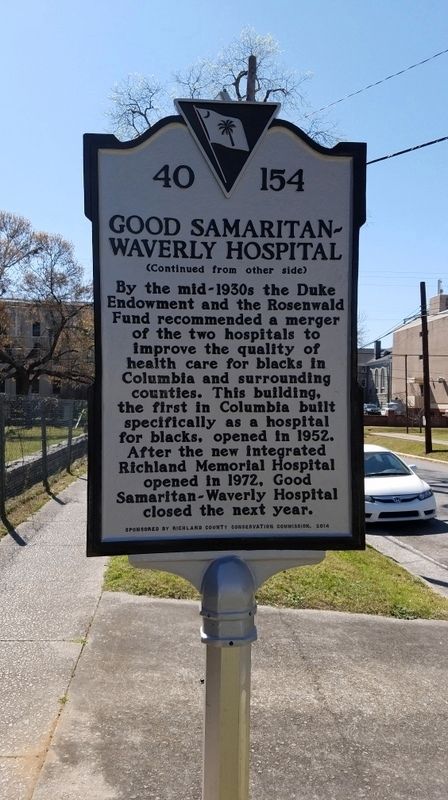 Click or scan to see
this page online
. In addition, it is included in the Historically Black Colleges and Universities series list. A significant historical year for this entry is 1952.

Location. 34° 0.626′ N, 81° 1.121′ W. Marker is in Columbia, South Carolina, in Richland County. Marker is on Hampton Street, 0.1 miles east of Harden Street, on the right when traveling east. Touch for map. Marker is at or near this postal address: 2204 Hampton Street, Columbia SC 29204, United States of America. Touch for directions.

Regarding Good Samaritan-Waverly Hospital. The hospital was the only training facility exclusively for black nurses in Columbia, and was built as a state-of-the-art medical facility with a pharmacy, laboratory, X-ray room, staff dining room, two operating rooms, ad fifty beds. 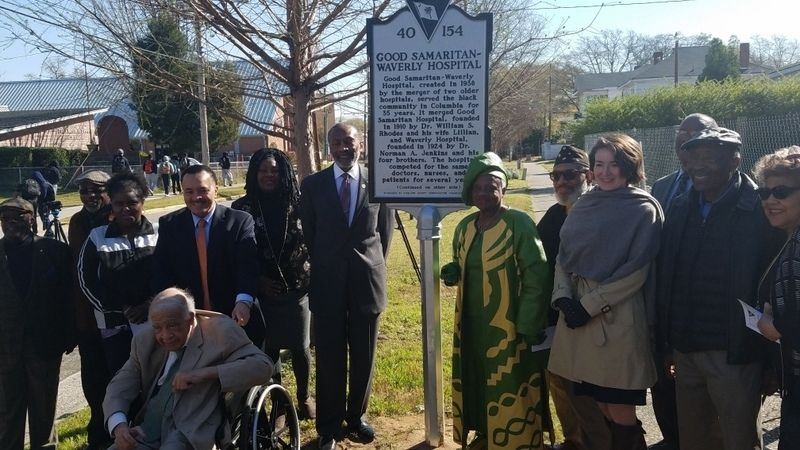 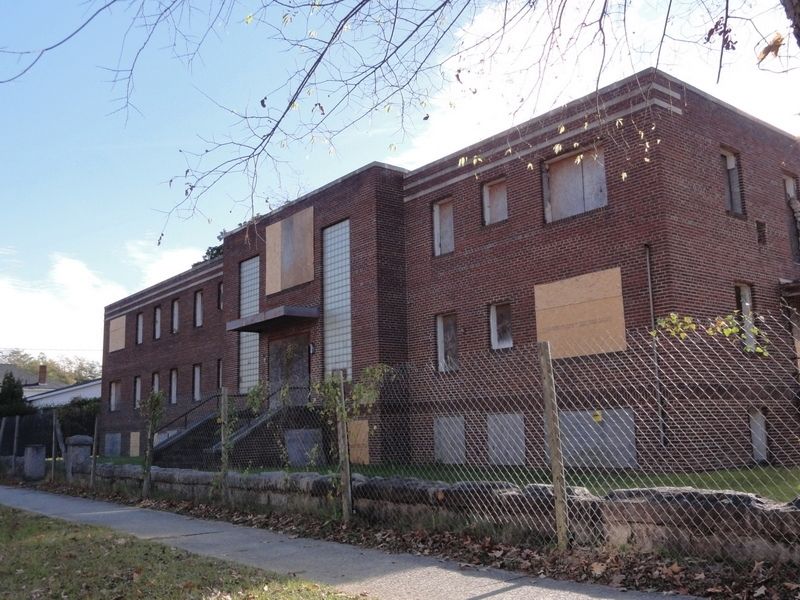 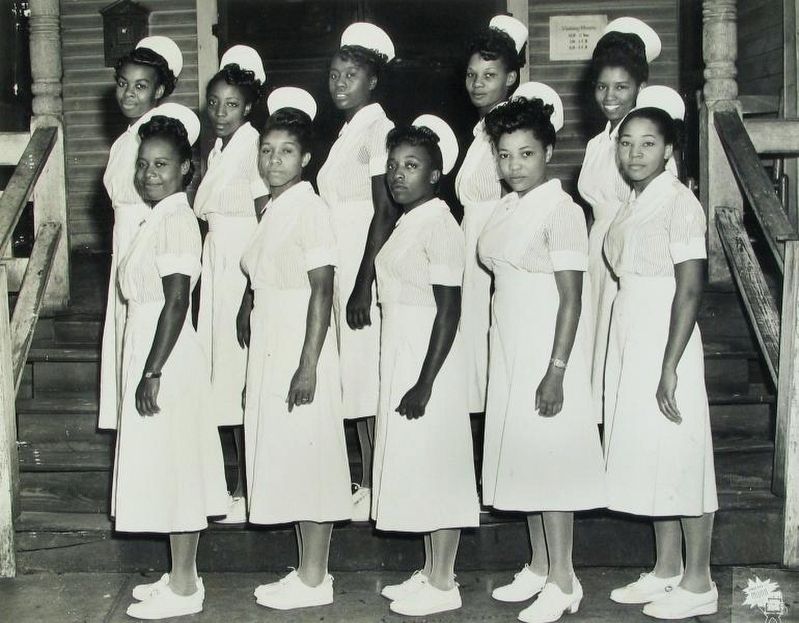