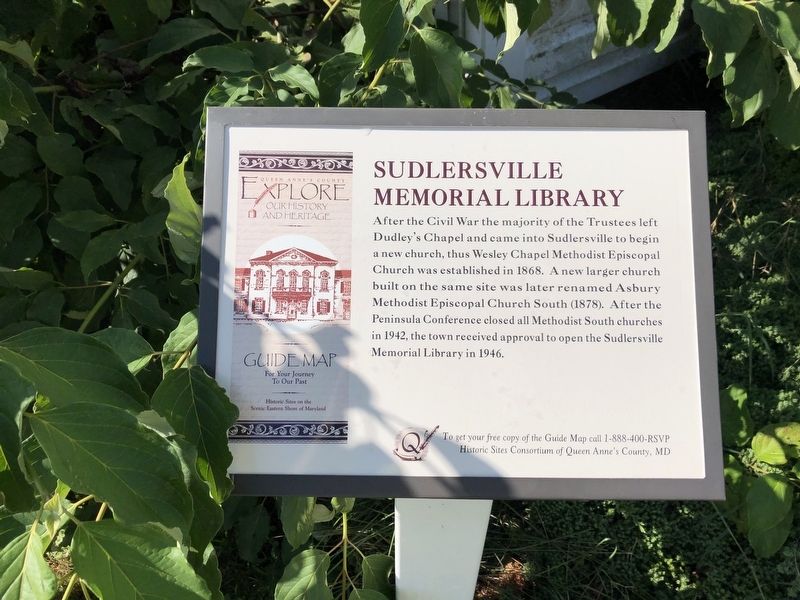 After the Civil War the majority of the Trustees left Dudley's Chapel and came into Sudlersville to begin a new church, thus Wesley Chapel Methodist Episcopal Church was established in 1868. A new larger church built on the same site was later renamed Asbury Methodist Episcopal Church South (1878). After the Peninsula Conference closed all Methodist South churches in 1942, the town received approval to open the Sudlersville Memorial Library in 1946.

Other nearby markers. At least 8 other markers are within 7 miles of this marker, measured as the crow flies. James Emory Foxx (within shouting distance of 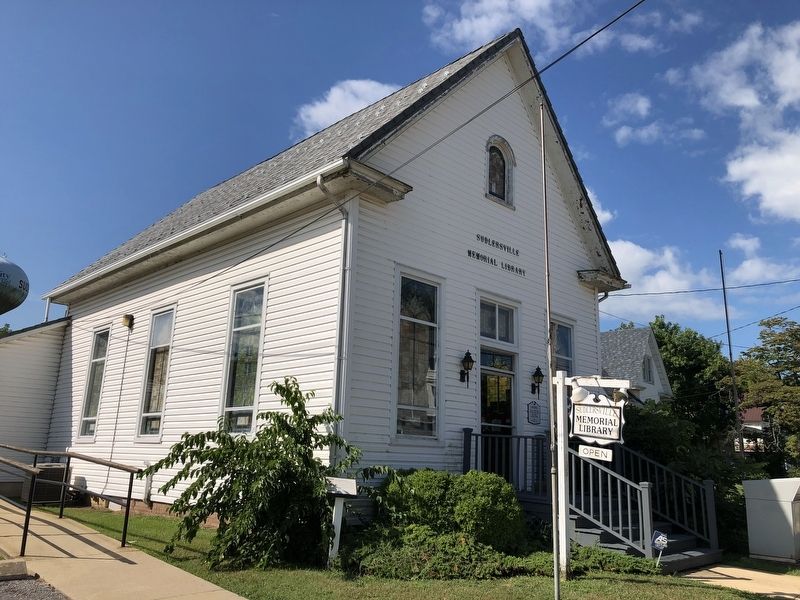