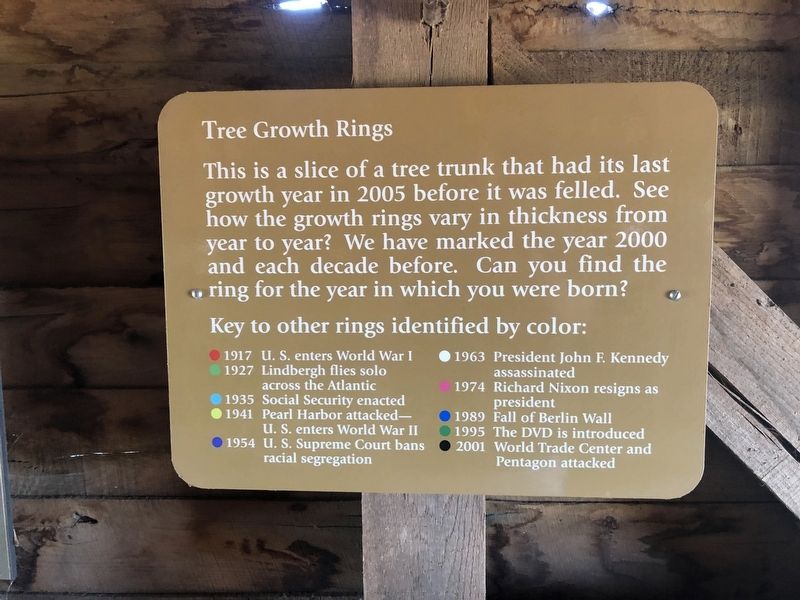 This is a slice of tree trunk that had its last growth year in 2005 before it was felled. See how the growth rings vary in thickness from year to year? We have marked the year 2000 and each decade before. Can you find the ring for the year in which you were born? 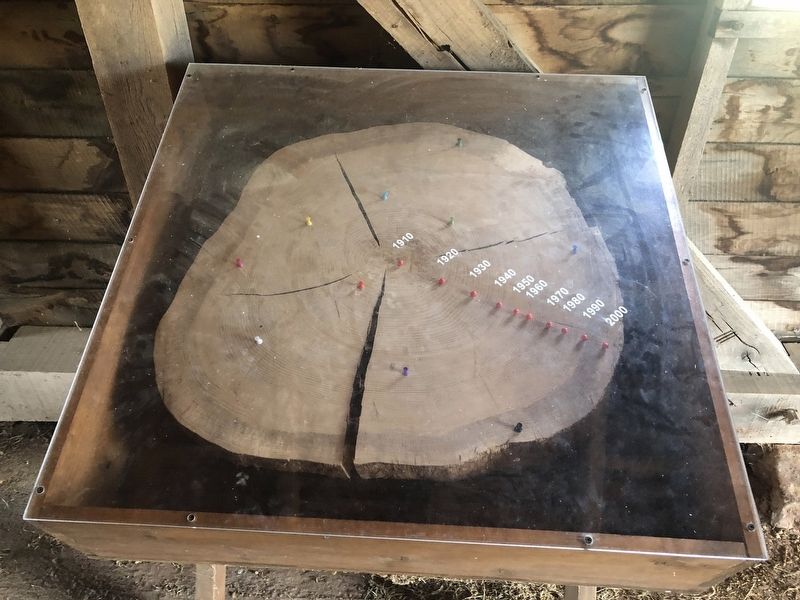