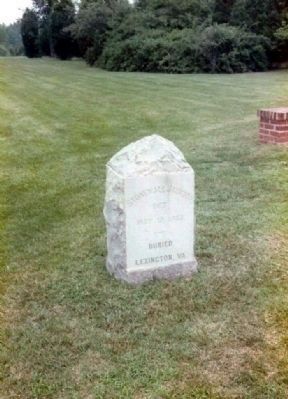 Topics. This historical marker is listed in this topic list: War, US Civil. A significant historical date for this entry is May 10, 1862.

Additional commentary.
1. Story of the Marker
This is one of ten "Smith" markers placed on the Fredericksburg, 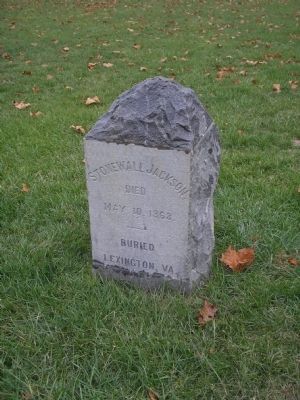 Click or scan to see
this page online
Chancellorsville, Wilderness, and Spotsylvania Battlefields in the first decade of the 20th century. Lieutenant James Powers Smith, formerly a staff officer on General Jackson's staff, supervised the placement of the markers at key locations on the battlefields. The expense was mostly paid out of pocket by businessman Thomas F. Ryan (of New York and Virginia).

Originally this marker stone was placed close to the rail lines, as to make it visible to those on trains paused at the nearby station. The National Park Service relocated the stone in the 1960's (catering to automobile traffic) and added the last two lines "Buried Lexington, VA." The later was added when many visitors began asking if Jackson was buried nearby. The monument has suffered some damage over the last few decades, each time repaired by patches. 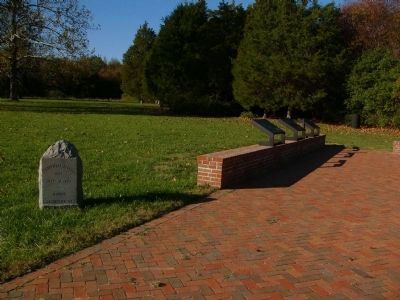 By Kevin W.
3. The Jackson Marker Stone next to the Guinea Station Waysides 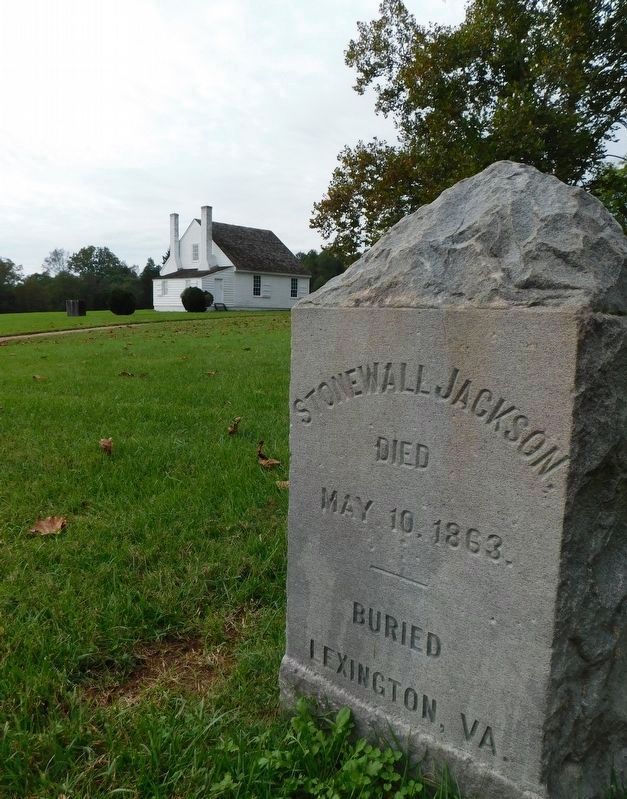 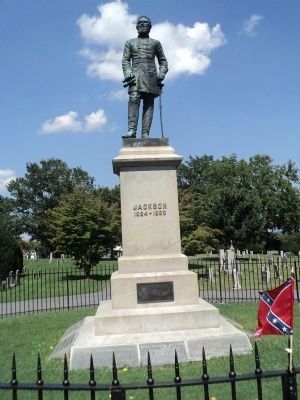